The escapee was arrested by operatives of the command on Wednesday on his way home to Bama in Borno, the police boss said. 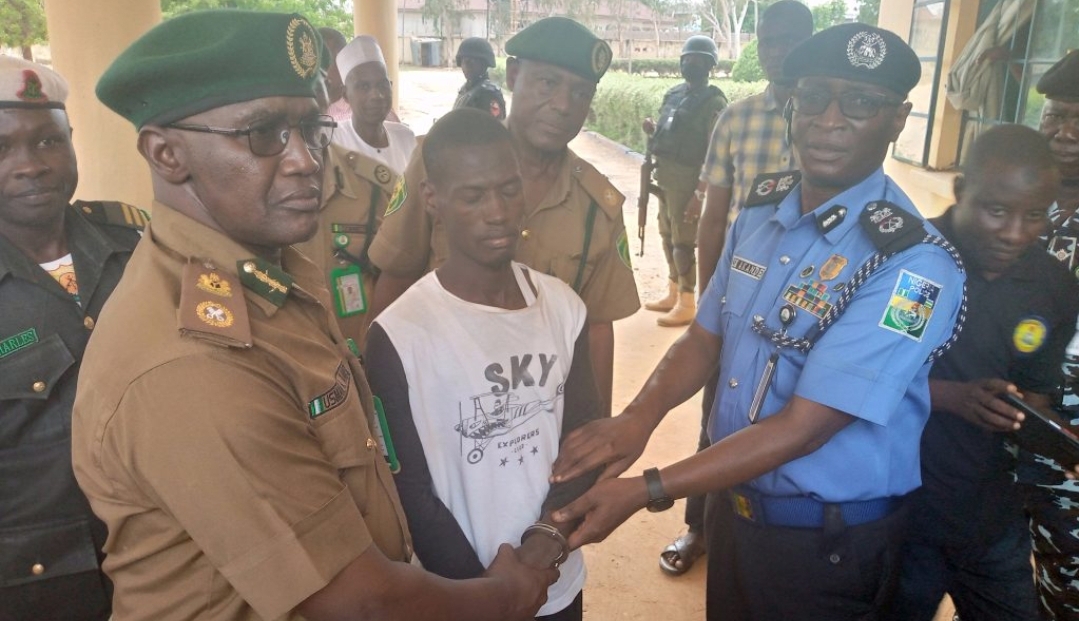 The state Commissioner of Police, Sikiru Akande, disclosed this during the handing over of the escaped prisoner to the Nigeria Correctional Service (NCoS), on Thursday in Yola.

He said the escapee was arrested by operatives of the command on Wednesday on his way home to Bama in Borno.

“The suspect who escaped from Kuje Prison during the recent Prison attack was tracing his way to Bama Local Government Area, Borno state through Adamawa border.

“The suspect further confessed to have been in Kuje Prison custody since 2017 following allegation of terrorism leveled against him,” he said.

The CP further said the Command’s operatives attached to State Criminal Investigation Department (SCID) and Crack Squad also apprehended 12 kidnapping and robbery suspects in the past one week in the state.

He said the police recovered one AK-47 Rifle, 15 ammunition, one locally made pistol, one Den gun, tricycle and military camouflage from the suspects.

He said the suspects would be prosecuted upon completion of investigations.

While commending the people for their support to the command, Mr Akande reiterates commitment to protect lives and property in the state.