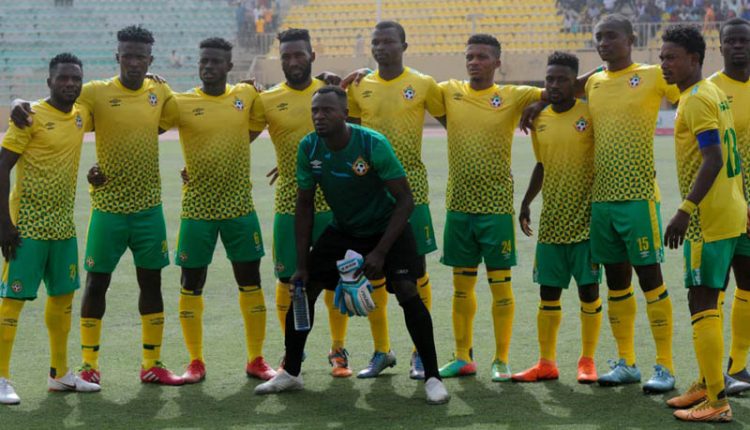 The match was played at the Kwara Stadium Complex, with Governor AbdulRahman AbdulRazaq and Deputy Governor Kayode Alabi in the stand.

The match had the hosts dominating most of the proceedings, with Nosir Afeez marshalling the midfield with determination and confidence.

Kwara United would have scored as early as the fourth minute, but Katsina United’s solid piece of defending denied them.

Katsina United’s Matthew Emmanuel called Dele Aiyenugba into action in the 14th minute forcing the former Super Eagles goalkeeper to a fine save.

Three minutes later, Afeez forced Katsina United’s goalkeeper to a great save from a free-kick from 25 yards out.

The hosts drew the first blood in the 22nd minute when Junior Abayomi poked home a fine Muritala Lawal’s pass inside the goal area.

Kwara United returned more determined, with Katsina United lowering the tempo they played in the first half.

Ten minutes later, the centre referee pointed to the spot for a penalty kick for Kwara United after a Katsina United player was ruled to have handled the ball in their penalty box.

Stephen Jude increased the home team’s tally from there to put the game beyond the visitors.