Mr Apapa said there was need for coordination of all support groups for Mr Obi’s presidential ambition so as to achieve the objectives of enthroning him. 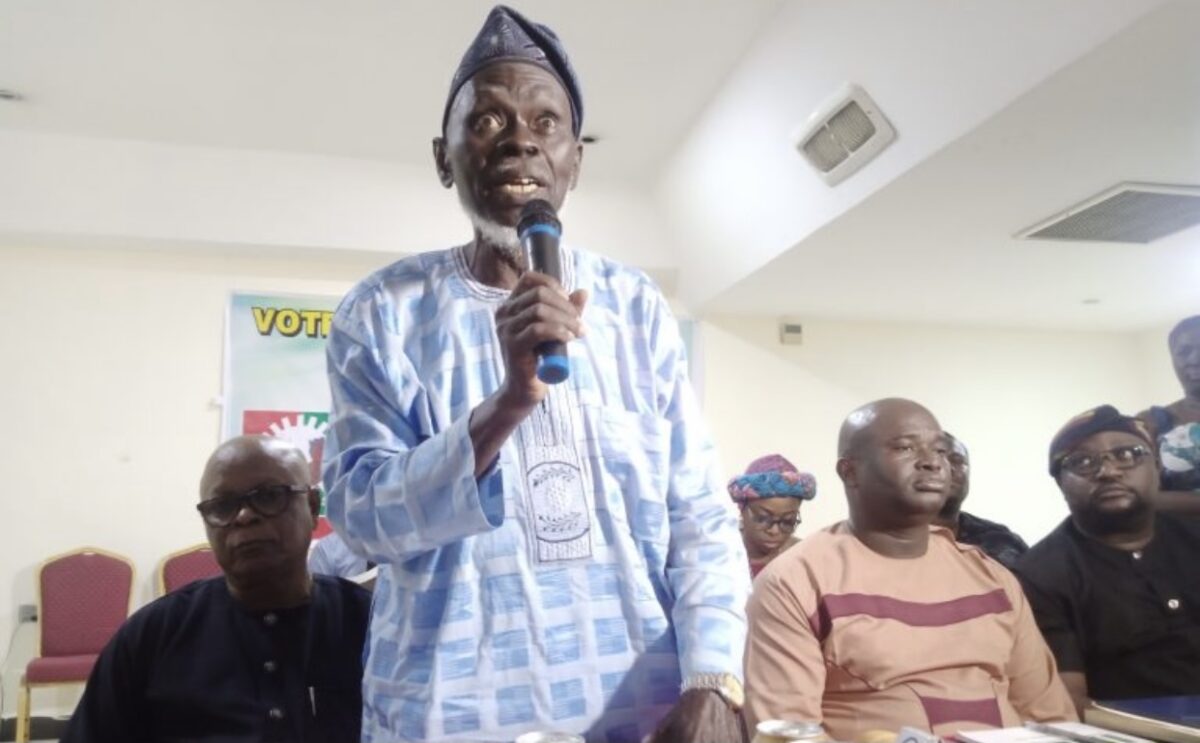 The sensitisation, the party said, was to galvanise more supporters and members for the party’s presidential candidate, Peter Obi, and other candidates ahead of the 2023 general  elections.

The Deputy National Chairman of the party, Bashiru Apapa, at an interactive session in Lagos with various support groups and leaders, called for synergy and unity to deliver the state for Obi and all LP candidates in 2023.

Mr Apapa said there was need for coordination of all support groups for Mr Obi’s presidential ambition so as to achieve the objectives of enthroning him.

“When Obi became the LP presidential  candidate,  we have been deliberating on how to harmonise the support groups with  executives of the party.

“And we thought it wise to have synergy and  work together nationwide so that we will not be working against ourselves.

“That is why today’s meeting is an important one for us to be acquainted and map out the strategies  to achieve our objectives.

“We need to know what we intend to do to actualise the dream of enthroning  Peter Obi as the next President of Nigeria,  and why we  must all do our best to make sure that the  purpose is achieved,” Mr Apapa said.

According to him, there are so many support groups forr Obi, hence the need for proper coordination.

“2023 is very close, we must start and mobilise. We need to increase our pace. It is our collective responsibility, We must not lose our focus in this project,” he added.

The National Legal Adviser of LP, Akingbade Oyelegan, added that the meeting was to also intimate its teeming supporters of the LP ideology.

“There is a surge in the party and some of our teeming supporters do not know the LP  ideology and what we stand for. Our ideology is based on Equal Opportunity and Social Justice for all.

“The problem we have before now is the fact that some of the support groups do not want to align with the Coalition for Peter Obi,” Mr Oyelegan said.

He stressed  the need for all to be on the  same page so as not to give room for corruption.

Mr Oyelegan, who noted that the task of bringing Mr Obi to Aso Rock remained herculean, said the party and its support groups were, however,  equal to the task.

“We are prepared to wrestle power but we know it is not going to come easy.  We want to come together so that we can fight the battle. We have over 100 support groups and we are still expecting more,” he said.

Also speaking, Dr Adeyinka Adetokunbo-Azubuike, the Zonal Director, Mobilisation and Logistics (South-West) Coalition for Peter Obi, who noted that there were 41 support groups for Peter Obi in the zone, said all groups needed each other to succeed.

“This is a harmonisation move and sensitisation on Permanent Voter’s Card (PVC). The Coalition for Peter Obi is one body that is housing  all support groups that are out to campaign for Obi. We are 100 per cent sure Peter Obi will win.”

Augustina Ogene, the Lagos State Coordinator, Like-Minds for Peter Obi (LMPO), who described the meeting as a milestone, said there was need for synergy to actualise the dream of enthroning Mr Obi as next president of Nigeria.

Ms Ogene, who noted that Mr Obi’s chances were bright in 2023, said support groups have structures across the local government areas of  Lagos state and the country.

The event was attended by various support groups for Mr Obi including members of the Nigeria Labour Congress, NCFront, and party leaders among others.