Lagos govt to divert traffic at Iyana-Oba interchange on Saturday

“Motorists inward Badagry and Iba will use the service lane from Barracks to LASU and Okokomaiko to continue their journey.” 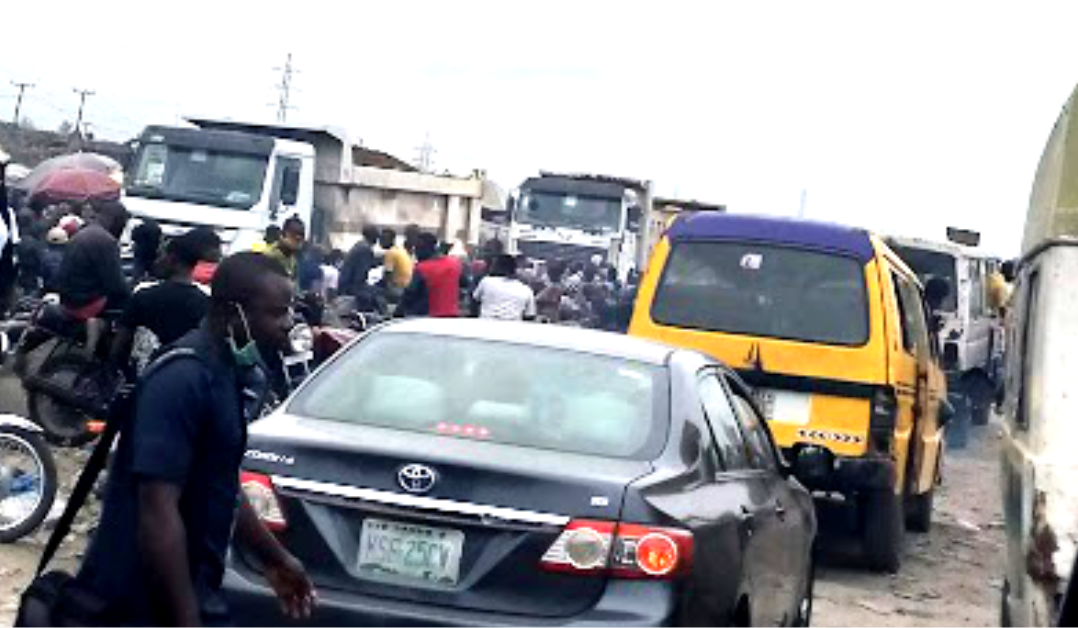 The Lagos government says it will divert traffic as it embarks on casting the Iyana-Iba interchange bridge round deck.

This will begin on Saturday.

In a statement on Wednesday, the Commissioner for Transportation, Frederic Oladeinde, said the job would last for 24 hours.

Mr Oladeinde explained that the diversion was necessary to continue the ongoing construction of the Lagos-Badagry Expressway.

He added that the government would complete the road project up to Okokomaiko, as announced earlier.

According to him, motorists on the service lane inbound Lagos will be diverted to NEPA Road, from Okokomaiko and Alaba Rogo axis.

He also mentioned that vehicles would be directed to access Olojo drive, connect Alaba International Market and Volkswagen Bus stop, inward Mile 2, then proceed with their journey.

“Also, traffic on the service lane inbound Lagos, heading toward Volkswagen, Mile 2 and LASU axis will be diverted to the toll lane/LRMT corridor to reconnect the Lagos bound lane by Volkswagen for their desired destinations,” explained the commissioner. “Motorists inward Badagry and Iba will use the service lane from Barracks to LASU and Okokomaiko to continue their journey.”

Mr Oladeinde added, “The State Traffic Management Authority will be on the ground to manage the traffic flow and minimise inconvenience.”

The commissioner appealed to residents to cooperate as the current administration works to actualise the promise to improve the transport network within the state.