The training is supported by the European Union-funded Spotlight Initiative. 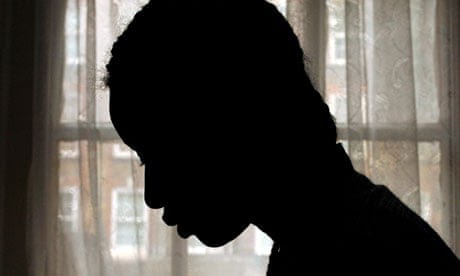 Sixty-two civil servants and staff of tertiary institutions in Lagos were Monday trained to provide a uniform response to domestic and sexual violence cases in the state.

A project of the Lagos State Domestic and Sexual Violence Response Team (DSVRT), the training is supported by the European Union-funded Spotlight Initiative.

The attendees were trained on the contents of the Lagos State Domestic and Sexual Violence Uniformed Response Protocol and Referral Pathway (URPRP).

The URPRP is a manual that provides a multi-sectoral, survivor-centered approach for responding to domestic and sexual violence.

“It is to also set minimum standards for the provision of quality and efficient services to survivors of domestic and sexual violence.

“This is most compelling as responding to sexual and gender based violence requires a multi-disciplinary approach.

“The URPRP, therefore, outlines a state-wide, consistent, predictable and holistic response mechanism to incidents of domestic violence from access to healthcare, legal support, law enforcement and other services,” he said.

Mr Onigbanjo who is also chairman of the DSVRT, said the training sought to strengthen other existing domestic violence response machinery in Lagos, such as Sexual Assault Referral Centres and Non-Governmental Organisations (NGOs).

Dean of the Faculty of Social Sciences, University of Lagos, Olufunmilayo Banmeke, said a multi-sectoral approach was ideal to tackling domestic violence cases.

“To avoid this in future, we are having this training which seeks to bring everyone on the same page in responding to domestic violence. It will also strengthen the system we have in Lagos,” Ms Banmeke said.

The coordinator of the DSVRT, Titilola Vivour-Adeniyi, said focal persons from relevant government agencies, NGOs and civil society organisations were instrumental in the preparation of the URPRP.

“Our profound gratitude is extended to the Chief Judge of Lagos State as well the Lagos State Commissioners for Health, Education, Women Affairs and Poverty Alleviation and Youth and Social Development.

“They promptly reviewed and endorsed this document, thereby demonstrating political will in ensuring full implementation of same,” Ms Vivour-Adeniyi said.

Attendees at the training were drawn from Lagos State Ministry of Health, Office of the Public Defender, Citizens Mediation Center (CMC), Ministry of Women Affairs and Poverty Alleviation.