Mr Mohammed made the plea when he met Chinese ambassador to Nigeria, Chui Jian Chun in his office on Thursday. 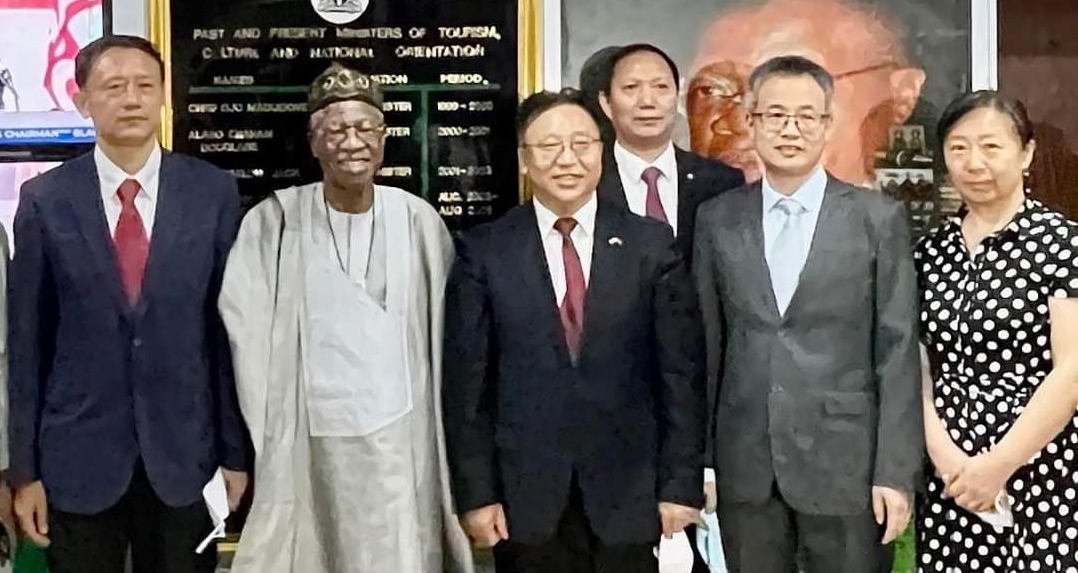 Lai Mohammed with Chinese officials standing beside him

The minister of information and culture,  Lai Mohammed has begged the Chinese government to fast-track the approval of $500 million loan for Nigeria.

Mr Mohammed made the plea when he met Chinese ambassador to Nigeria, Chui Jian Chun in his office on Thursday, according to a statement shared on the information ministry’s Facebook page.

“Also worthy of mention, Your Excellency, is the 500-million-dollar loan which we are seeking from the China Export-Import Bank for three major projects – the digitization of the NTA, the construction of a headquarters complex and transmission network for Integrated Television Services (ITS), a Federal Government-owned signal distributor that is a major component of the country’s Digital Switch Over (DSO), and the construction of an ultra-modern Media City in Ikorodu,” Mr Mohammed said.

”I want to use this opportunity to appeal to Your Excellency to continue to use your good offices to fast-track the evaluation and approval process of the loan by the China Export Import Bank, and to thank you for your efforts so far in this regard,” he added.

The Muhammadu Buhari regime has heavily relied on Chinese loans to finance many of its capital projects. Per latest reports from the Debts Management Office (DMO), Nigeria’s public debt stood at N39.55 trillion as of December, 2021.