An official argued prioritising the larger interest of workers above personal interest. 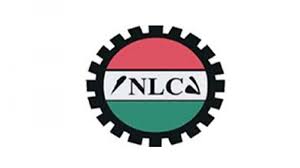 Some labour leaders on Wednesday bemoaned the crisis rocking the Anambra State chapter of the Nigeria Labour Congress, stating that it was impacting negatively on the workers’ welfare.

The leaders made the assertions while speaking separately at a news conference in Awka, the state capital on Wednesday.

“The leadership crisis in the union is really unfortunate. It is affecting and impacting negatively on the welfare of the workers that we represent in the state,” one of them, an ex-officio member, Patrick Obianyo said.

“Congress is supposed to be fighting for the full implementation of the workers’ minimum wage, non-payment of gratuity to retired teachers and local government staff, as well as non-payment of leave allowance to civil servants.

“But, due to the crisis, all these critical issues have been overlooked. We are now busy fighting among ourselves instead of fighting for our welfare,” he said.

Also, Godwin Ibekwe, said that there was a need to prioritise the larger interest of workers above personal interest.

“This kind of crisis does not benefit the workers, rather it is the government who benefits more because the people who are supposed to hold them accountable are busy fighting themselves,” Mr Ibekwe added.

Commenting, Humphrey Nwafor, the new interim chairman of NLC, said he was duly elected according to the provisions of the union’s Constitution.

Mr Nwafor said that the former chairman, after his retirement, violated the constitution and illegally occupied the seat of chairman of state NLC for several months without calling for a by-election.

“No foreigner should impose any leadership on NLC and Industrial Unions to destabilise the well organised unions in the state,” he said.