“It is a judicial panel,” Mr. Awosanya told Peoples Gazette on Sunday morning. “Not an opinion panel.” 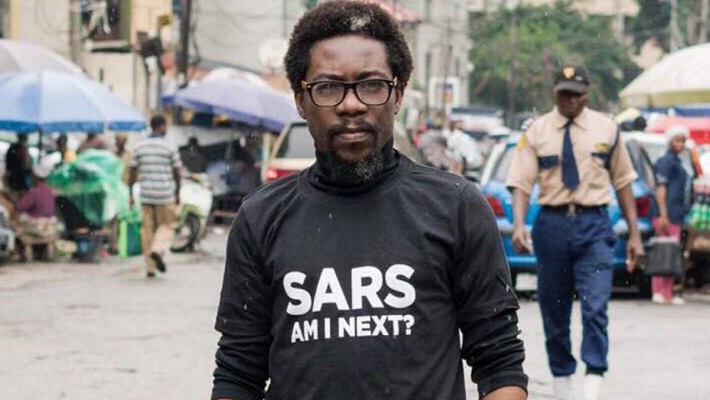 Mr. Awosanya was widely expected to either abstain or vote in support of keeping the facility shut until all cases pending before the Lagos judicial panel on law enforcement brutality had been resolved.

But the activist justified his position in a statement issued shortly after the vote on Saturday evening, saying it was based on sound evidence of law rather than emotion and social media platitudes.

“It is a judicial panel,” Mr. Awosanya told Peoples Gazette on Sunday morning. “Not an opinion panel.”

In a five-four split, the nine-man judicial panel voted to return control of the toll plaza to its handlers, the Lekki Concession Company (LCC) — wholly owned by the Lagos government amidst wranglings by dissenting panel members.

The dissenters, Ebun Olu-Adegboruwa, Olorunrinu Oduala, Temitope Majekodunmi and Patience Patrick Udoh, who had initially declined sitting through Saturday’s proceedings, returned to the chamber to voice their objections.

Ms. Olorunrinu, one of the aggrieved panel members hinged her displeasure about the reopening of the plaza on the LCC’s inability to provide access to their CCTV servers for the forensic expert employed by the panel to thoroughly examine the footage they submitted, which had possibly captured events on the night of the fatal shooting of many unarmed protesters by the military.

Ms. Olorunrinu added: “Also the ruling that Lekki Toll Gate should be reopened cannot hold, as a quorum wasn’t formed today with the youth representatives absent. It is also pertinent to note that 5 of 9 can’t form a proper quorum.”

The Lagos panel’s verdict has generated mixed feelings amongst Nigerians, some of whom believe that the reopening of the Lekki toll plaza should have tarried for six months to a year, even though victims of the October 20 carnage may not get justice even within that period.

Lagos authorities have argued that the state was losing significant revenues as a result of the perpetual closure of the plaza, which has generated billions into the state coffers since it opened in 2011.

The panel in a statement on its official Twitter page, however, insists it will not await the determination of claims of petitioners before handing over the toll-gote to the LCC.

“Whatever evidence which any interested person desires to have must have been taken before now and the petitioners will not have any relief before the panel to restrain the use of the toll plaza,” the statement said. “It would be foolhardy of any reasonable tribunal to say that the toll plaza be closed for the lifetime of the assignment of the panel.”