Hushpuppi has sought and received too many delays already, the prosecutors argued. 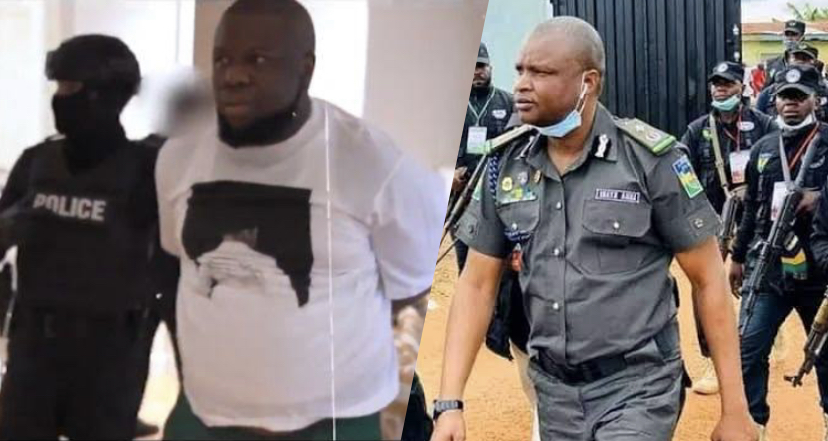 Court filings from the United States District Court in the Central District of California show that Mr Abbas’ attorney maintained that Mr Abbas would be unable to prepare for his sentencing hearing without all the documents relating to the Juma case.

Hushpuppi had sought and received too many delays already, the prosecutors argued.

“On September 7, 2022, the government filed its position paper stating- that it agrees with the PSR’s request for a 3-point role enhancement per 3B1.1(b) as related to conduct in a separate case – USA v. Juma 2:21-cr-00203-RGK,” court filings seen by Peoples Gazette said. “Defendant would not be prepared to go to sentencing on September 19, 2022, or September 21, 2022, without the information in the possession of the government that Mr Abbas requires to address the 3-point enhancement in the Juma case.”

Mr Shapiro’s motion is part of efforts to bring down the jail duration for Mr Abbas by contending the three-point role enhancement. They want the sentencing delayed until November.

“Because the government is taking this position, Mr Abbas is requesting the court to grant a brief continuance to November 3, 2022, and to order the government to produce all the discovery in the Juma case,” the document said.

The Federal Bureau of Investigation had dropped some charges against Mr Abbas, “as part of defendant’s plea agreement in the Abbas case, the United States agreed to dismiss the complaint against defendant in the Juma case.”

Mr Shapiro argued that the shift in court dates would enable Mr Abbas to challenge the three-point role enhancement.

Prosecutors, however, pushed against Mr Shapiro’s arguments, saying “there is no good cause to grant the Motion, or to further delay the already long-delayed sentencing in this case.”

The U.S. government argued two central points. First, the Presentence Investigation Report (PSR) said Messrs Abbas and Shapiro knew of the role enhancement since at least January 10 and had over nine months to object, which they did not.

“The Presentence Investigation Report (PSR) in this case, which recommends a 3-point role enhancement, was disclosed to the parties on January 10, 2022, more than nine months ago,” the document said.

It added, “Defendant has had notice of both the PSR and the government’s position for many months, and his motion does not explain- because it cannot – the need for further delay on the eve of sentencing to reply to long-known sentencing positions.”

The second point of contention is that Mr Abbas admitted playing a leading role in the scheme when he pleaded guilty on April 20, 2021.

“The government has repeatedly explained, as does the PSR, that the 3-point role enhancement is justified based on facts admitted by defendant in the factual basis of his plea agreement and sworn by him at his change of plea,” the document said.

Prosecutors, led by Khaldoun Shobaki, had asked a federal judge to sentence Mr Abbas to 11 years in prison and three years of supervised release for his role in a multinational conspiracy that earned him millions of dollars between 2019 and 2020.

Mr Shobaki suggested that Mr Abbas should be asked to pay $1.7 million in restitution, $500,000 in fines, and $100 in administrative fees ahead of his sentencing on September 21.

Mr Abbas had previously tried to seek a release on humanitarian grounds, but Judge Otis D. Wright declined his pleas for failing to comply with extant court rules.

Mr Abbas has been in custody since his arrest in Dubai and transfer to the United States in June 2020. Intelligence agencies noted that his crimes were money laundering, cyber fraud, hacking, criminal impersonating, scamming individuals, banking fraud and identity theft outside the United Arab Emirates.

Mr Abbas pleaded guilty to “conspiracy to engage in money laundering” last year and entered a plea bargain agreement with the U.S. government in July 2021, seeking a lighter sentence.