“This is God’s will. I thank all for their efforts to help,” Rayan’s mother Ouassima Kharchich said, her voice strained with grief and barely audible.﻿ 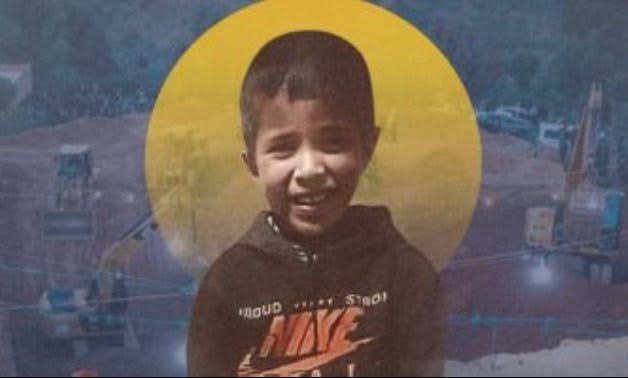 The death of five-year-old Rayan Awram, despite efforts to rescue him from a deep well, sparked an outpouring of sympathy on Sunday, from his village in northern Morocco to the Vatican, from King Mohammed to international football clubs.

The saga of the ultimately failed rescue attempt gripped the country and many people abroad for days.

The boy fell into the well in Ighran village near the town of Chefchaouen on Tuesday, and his body was finally pulled out late on Saturday, following an operation that involved cutting much of the adjacent hillside and then tunnelling toward the bottom of the well to reach the child.

Many of the weary rescue workers and the hundreds of people who had gathered around the well hoping for good news burst into tears when they heard Rayan was dead.

“I heard people shout in jubilation after the boy was found thinking he was alive but then we learnt he was not. I never felt this sad,” an onlooker called Noureddine told Reuters.

The boy’s parents spoke to state Al Oula TV after their son’s body was recovered.

“This is God’s will. I thank all for their efforts to help,” Rayan’s mother Ouassima Kharchich said, her voice strained with grief and barely audible. “We thank so much the people and authorities… who helped us,” the father, Khalid Awram, said.

Mr Mohammed expressed condolences to the parents in a phone call on Saturday night, a palace statement said.

It was not yet clear when the funeral would take place, but well-wishers travelled to the village on Sunday to offer condolences to the family.

“We feel that people are sorry. We are all sorry. We have no other choice: the father, the mother, the grandmothers and uncles. May God give us patience,” an uncle of the child, Mohammed Kharshish, told Reuters TV on Sunday.

Pope Francis praised the people of Morocco for coming together to try to rescue the boy.

“The people clung together, as a whole, to save Rayan. They worked together to save a child,” the pope said during his weekly blessing in St. Peter’s Square. “(The rescuers) tried their best. Unfortunately, they did not make it,” he said.

French President Emmanuel Macron said he felt the pain of the boy’s family and Moroccans.