Mr Oseni also wants FCMB to tender a public apology to him in at least three national dailies. 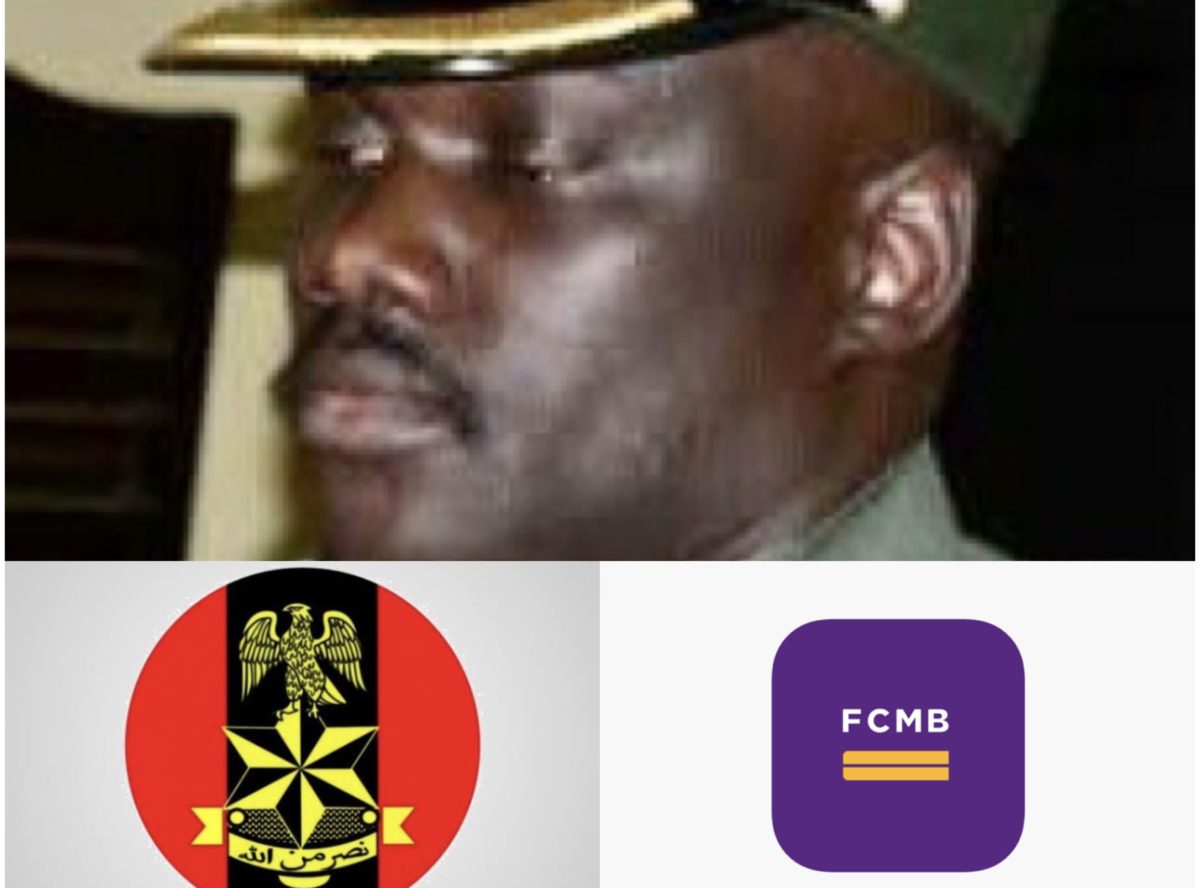 A jailed Major in the Nigeria Army, Akeem Oseni, has filed a N2 billion suit against the army and First City Monument Bank (FCMB) for freezing his account and searching his house without a court order.

The suit marked FHC/ABJ/CS/1104/2021 was filed by his lawyer, Mike Ozekhome, to enforce his rights to own moveable and immovable property, rights to dignity and rights to a fair hearing.

In the suit filed at the Federal High Court, Abuja, Mr Oseni prayed the court to order the army and FCMB to pay him N16.6 million, which he said was taken from his private residence along with other valuables.

He asked the court to compel FCMB to tender a public apology to him in at least three national dailies for violating his rights without following due process.

The plaintiff also applied for an order of perpetual injunction restraining the respondents, their agents, employees, operatives, detectives, servants and privies and investigating officers from further putting his bank on Post No Debit without a valid court order.

Stating the grounds for the application, Mr Oseni claimed that on February 23, 2017, Major General I. M. Obot, Chief of Staff, Army Headquarters Garrison, informed him of a jailbreak involving Lance Corporal Benjamin Collins.

He alleged that he was instructed along with three others to drill the corporal and relocate him to another detention facility.

He averred that in obedience to the instruction, he and the three other officers drilled the corporal and that in the process, the corporal died.

Mr Oseni stated that he was put on military trial and sentenced to 10 years imprisonment, which he is currently serving.

He added that the other three officers who participated in the drilling of the deceased corporal were discharged and acquitted.

He said to cater for his family, he raised cheques for withdrawal through one of his friends, but the cheques were dishonoured because the army froze his account.

He prayed the court to declare the freezing of his account, search of his house, and his dehumanization illegal, unlawful and unconstitutional.

No date has been fixed for hearing of the suit.