“Has anybody threatened emergency rule in any of these states? For the past seven years, Anambra has remained the safest (and) most stable in Nigeria,” Mr Adinuba noted 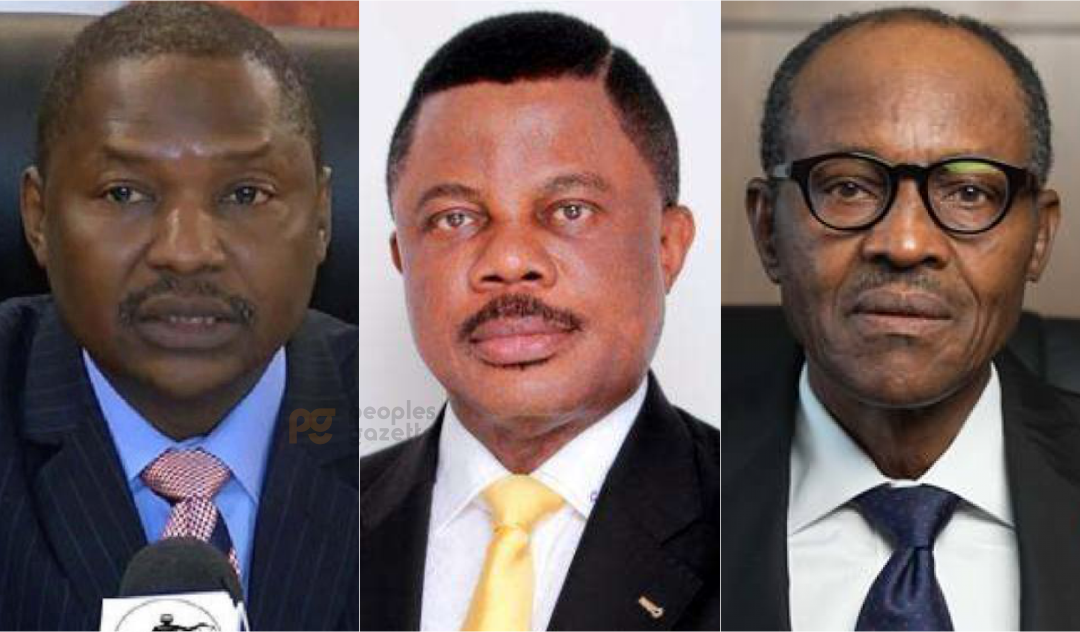 The Anambra government has condemned President Muhammadu Buhari regime’s move to impose a state of emergency in the state ahead of its November 6 gubernatorial elections, pointing out that the threat confirms ongoing violence in Anambra is sponsored.

“We remain the only state in the whole country that, for the past seven years, has not experienced one single bank robbery,” said the Anambra Commissioner for Information, Don Adinuba, arguing that Mr Malami’s threat was a confirmation that recent violence in the state was politically motivated.

“What is going on is politically motivated, and the declaration by the honourable Attorney General of the Federation is a confirmation,” Mr Adinuba argued during a programme on Channels TV.

The Minister of Justice and Attorney General of the Federation, Abubakar Malami, had issued a threat shortly after the federal executive council meeting on Wednesday.

The justice minister added, “And you cannot out rule possibilities inclusive of the possibility of (a) declaration of (a) state of emergency where it is established, in essence, that there is a failure on the part of the state government to ensure the sanctity of security of lives, properties, and democratic order?”

The commissioner also insisted that not more than 15 persons were killed in the state in the past weeks, unlike the northwestern and northeastern regions.

Specifically mentioning Borno, Niger, Yobe, and Zamfara battling worsening insecurity, the commissioner wondered why Mr Buhari’s regime did not declare a state of emergency in the northern region.

“Has anybody threatened emergency rule in any of these states? For the past seven years, Anambra has remained the safest (and) most stable in Nigeria,” Mr Adinuba noted. “Nigerians are outraged by the threat by the Attorney-General of the Federation and Minister of Justice, Abubakar Malami.”

Similarly, the Peoples Democratic Party (PDP) and a human rights activist, Femi Falana, faulted the move, describing it as illegal.

Mr Falana maintained that Mr Buhari’s regime “has just realised that the deployment of troops without the declaration of emergency rule in many states of the Federation is illegal and unconstitutional,” faulting the president for not seeking approval from the National Assembly.

“The threat issued by the Attorney General of the Federation is an attempt to return to constitutionalism with respect to the imposition of emergency rule in Anambra state and other states in the North-West, North-East and South-East regions where the federal government is waging a full-scale war against terrorists and the so-called gunmen,” he said in a statement.