Mane will be big in whichever club he plays next season: Klopp

There are rumours that Sadio Mane is set to leave English side Liverpool to Bayern Munich. 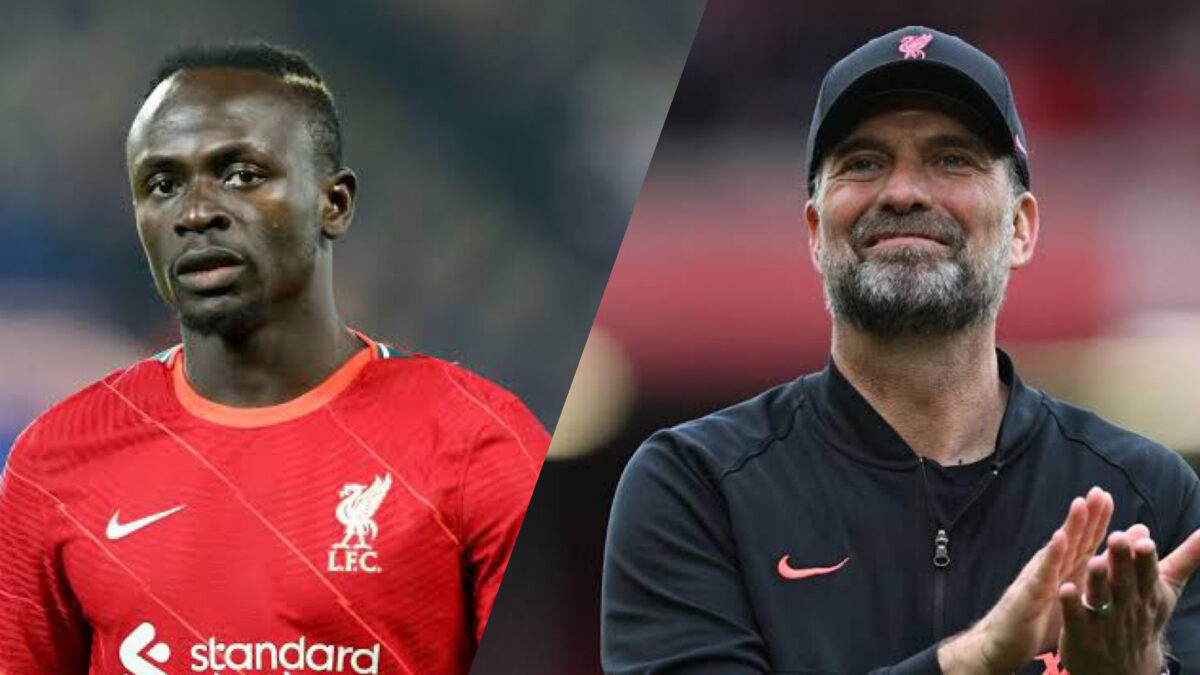 Klopp and Liverpool could, with this, be poised to lose one of the most significant players in their squad at the end of the season.

Mane had said earlier in the week that he would give “special” news regarding his future after the European showpiece game in Paris.

That and his suggestion it would be “the best answer” sparked speculation he would agree to stay at Liverpool.

But it may not be quite so clear-cut, with Klopp having palmed away questions on Friday rather than offered any assurance that the 30-year-old will remain at Anfield.

“This is the wrong moment to speak about that. Wherever Sadio plays next season, he will be a big player,” Klopp said.

Bayern Munich raided Borussia Dortmund for talent during Klopp’s time with them in the Bundesliga.

As a result of this, Robert Lewandowski notably prised away on a free transfer at the end of the 2013-14 season.

With Lewandowski’s Bayern Munich future now in doubt, as he seeks a move, possibly to FC Barcelona, the Bundesliga champions are on the hunt for a goalscorer.

Klopp said: “Sadio’s in the shape of his life for sure. He’s in brilliant shape. It’s a joy to watch him at the moment.

“Football has asked him a lot this season – an incredibly long season, a lot of finals and this kind of things, one of the most successful for him and for us.

“The Bayern Munich rumours, I couldn’t care less in the moment. We are all fully focused on the game.

Klopp said he could cope with the speculation surrounding Mane, who has helped Liverpool win the EFL Cup and FA Cup already this season.

The forward has played 50 club games this term, scoring 23 goals, as well as helping Senegal reach the 2021 Africa Cup of Nations (AFCON) final in February.

He scored the penalty kick which clinched the shootout success, before going on a month later to secure a ticket to the Qatar World Cup.

“It’s not the first time in my career before decisive games that Bayern Munich rumours come up,” Klopp said, adding that “I’m not exactly [sure] what I did that [makes] it happen, but no problem at all.”