Many countries cooperating with Russia despite Western sanctions: Foreign minister

Mr Lavrov said the countries that want to continue to work with Moscow include Russia’s allies in the Eurasian Economic Union and the Commonwealth of the Independent State. 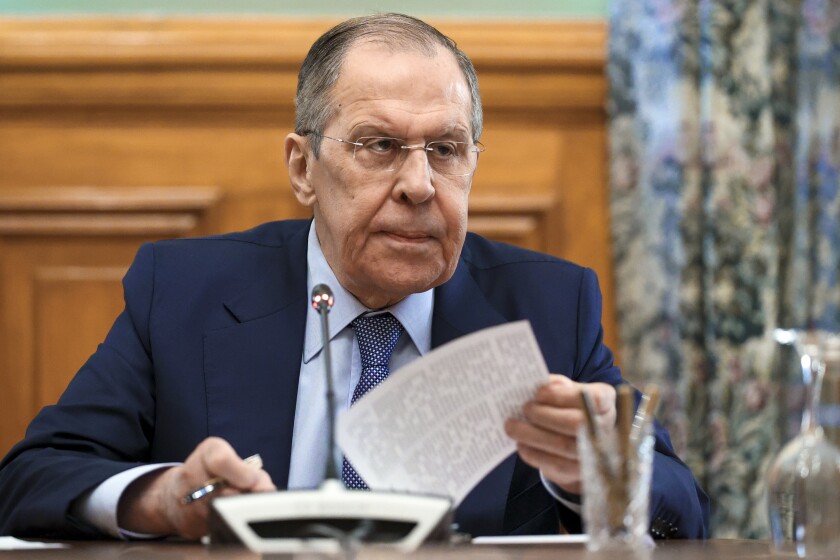 Most of the countries in the world continue to closely cooperate with Russia despite sanctions imposed by the West in response to Moscow’s military operation in Ukraine, Russian Foreign Minister Sergey Lavrov said on Friday.

“A real hybrid war has been unleashed against our country.

“But at the same time, the vast majority of countries in Asia, the Middle East, Africa, and Latin America have not joined sanctions against Russia.

“This is because they are guided primarily by their core national interests,” Mr Lavrov said at a meeting of regional heads in Russia.

According to Mr Lavrov, the countries that want to continue to work with Moscow include Russia’s allies in the Eurasian Economic Union and the Commonwealth of the Independent State.

Others are Russia’s allies in the Shanghai Cooperation Organisation, the Collective Security Treaty Organisation, member states of BRICS (the group of five leading emerging economies to which Russia belongs), and others.

“We continue to work with all of them to strengthen equitable dialogue and cooperation in various formats, free from any pressure from those who are trying to dress up as hegemons,” the foreign minister said.

Mr Lavrov also stated that the modern world was striving for multipolarity and this “fundamental trend” should be taken into account when building cooperation ties.