The NLC’s warning strike is in response to what is described as Governor El-Rufai’s “anti-worker policies.” 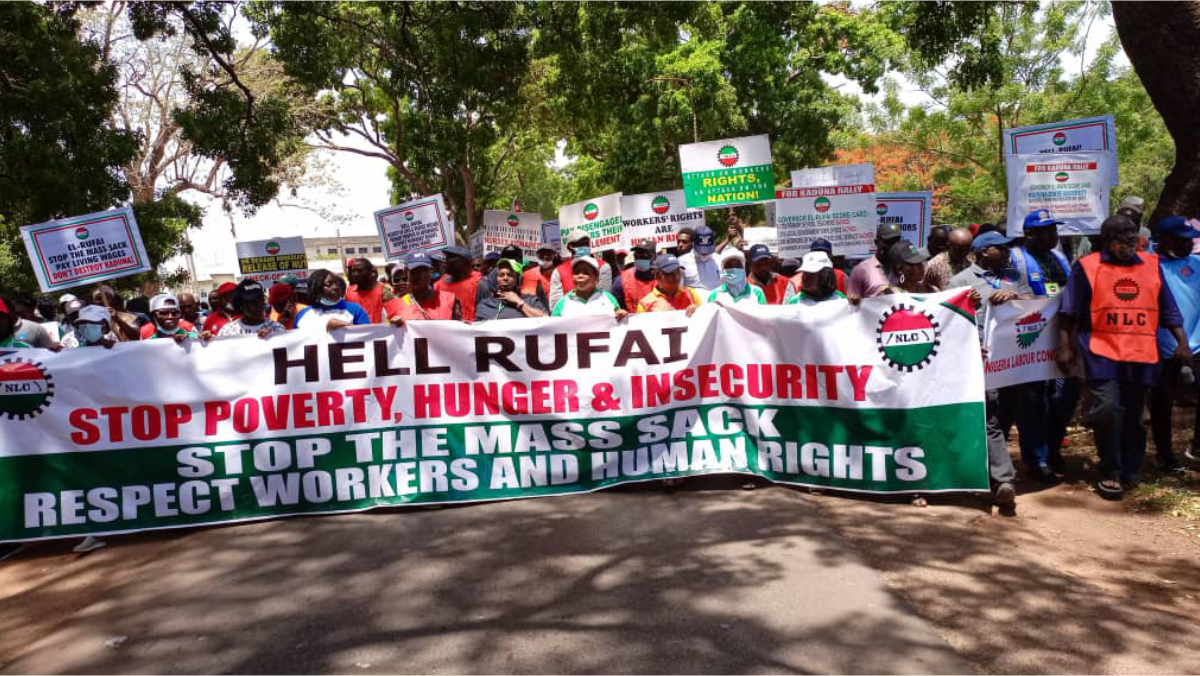 The five-day warning strike directed by the Nigeria Labour Congress (NLC) over the irregular sacking of civil servants began on Monday in Kaduna State with schools, banks and other business premises closed.

The National Union of Banks, Insurance and Finance Institutions Employees had earlier directed its members to withdraw banking and insurance services in Kaduna State from Monday 17.

The zonal state secretary of the union, Adamu Danladi, explained that the directive followed the NLC’s warning strike in response to what he described as Governor El-Rufai’s “anti-worker policies.”

He said that the withdrawal of services would continue until otherwise directed by congress.

Also, while some schools were closed, others were open but only a few teachers, pupils and students were seen hanging around.

Some of the schools visited were the Local Education Authority Primary School, Mahuta, Milton College, a private school also at Mahuta, close to refinery junction.

According to the News Agency of Nigeria (NAN), most of the shops at the busy Sheikh Mahmood Gumi Market, Ibrahim Taiwo and Kano Roads area of the Kaduna Central Market were under lock and key.

However, few shops and roadside sellers of provisions and other perishable items around the markets were seen selling basic items to residents.

There was also high compliance to the strike action by health facilities in Kaduna as health workers were visibly absent in some of the facilities visited, while others were seen outside in groups discussing the situation.

Some of the patients seen outside the hospital appealed to the state government to dialogue with NLC to address grey areas so that patients would be attended to in order to avert preventable deaths.

Meanwhile, the disconnection of power supply to Kaduna state by electricity workers following the strike had disrupted many businesses and caused water scarcity in the state.