Mr Akpata says that any NBA member involved in the invasion of the residence of Justice Mary Odili would not be spared from sanctions. 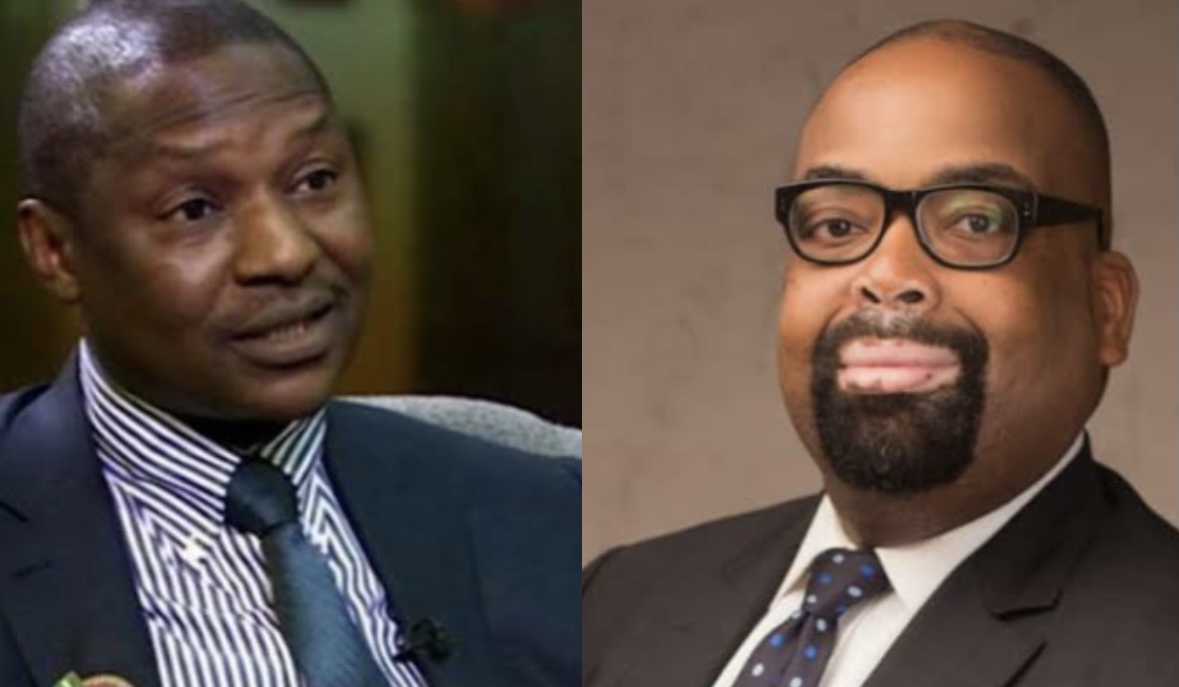 The lawyers’ body gave the stance on Friday at a press conference addressed by its president, Olumide Akpata, describing the failed raid as an “assault on the judiciary”, reminiscent of how former Chief Justice of Nigeria, Walter Onnoghen was removed from office.

The NBA rejected the investigative panel set up by Mr Malami on the matter on grounds “the Attorney General definitely has questions to answer” and therefore not “subject himself to a panel that he sets up.”

Instead, the body demanded that an independent panel involving a judicial officer and the NBA be set up by President Muhammadu Buhari “because there is a dark cloud hanging and all fingers are pointing at the executive as being behind this action.”

The NBA vowed that if it is established that Mr Malami gave the instruction for the attack on Justice Odili’s home, then he would be dragged before disciplinary committees of legal practitioners and could lose all his rights as a lawyer.

“If the Attorney General is found culpable, then as a lawyer, we will take him before the Legal Practitioners Disciplinary Committee and the Legal Practitioners Privileges Committee; because if indeed, he is found to have given the directives that led to the invasion of the home of the Justice of the Supreme Court, then he is not fit to hold the office he occupies presently and continue to be the recipient of the privileges the profession has accorded to him,” Mr Akpata explained.

“He can be stopped from practising law. What does the LPPC do, amongst others? The LPPC can strip him of the rank of Senior Advocate of Nigeria and also the Body of Benchers can reconsider his life membership of that body. So, without mincing words, those are the steps that the NBA can take,” he declared further.

Mr Akpata emphasised that any NBA member involved in the invasion would not be spared.

He said “In the event that we find that any lawyer was involved in this unfortunate incident, that lawyer will be subjected to our disciplinary mechanisms and that lawyer will definitely face the music.”

Furthermore, he noted that the magistrate who issued a search warrant on the home of the justice must also be probed.

“Questions must be asked of the quality and sufficiency of the materials placed before His Worship before issuing the search warrant in the first place. The NBA National Executive Council believes that even on a cursory reading of the materials placed before His Worship, there is a prima facie evidence that the search warrant ought not to have been issued in the circumstance,” Mr Akpata said.

Security agents, including the police and anti-graft agency, EFCC, operatives swooped on the residence of Mrs Odili on October 29, brandishing a search warrant obtained from Chief Magistrate Emmanuel Iyanna of the Wuse Zone Magistrate Court.

The justice resisted their invasion on grounds that she had no business with EFCC and the warrant was not for her address.

Mr Iyanna has since revoked the warrant, claiming that he was conned into signing the warrant by officials from Mr Malami’s justice ministry.

The attorney general denies knowledge of the operation, a claim many believe is a mere deflection after a failed incursion.