There was mayhem in Ibadan as phone sellers, and NURTW thugs clashed, with Governor Seyi Makinde sneaking out when angry youths stormed his office. 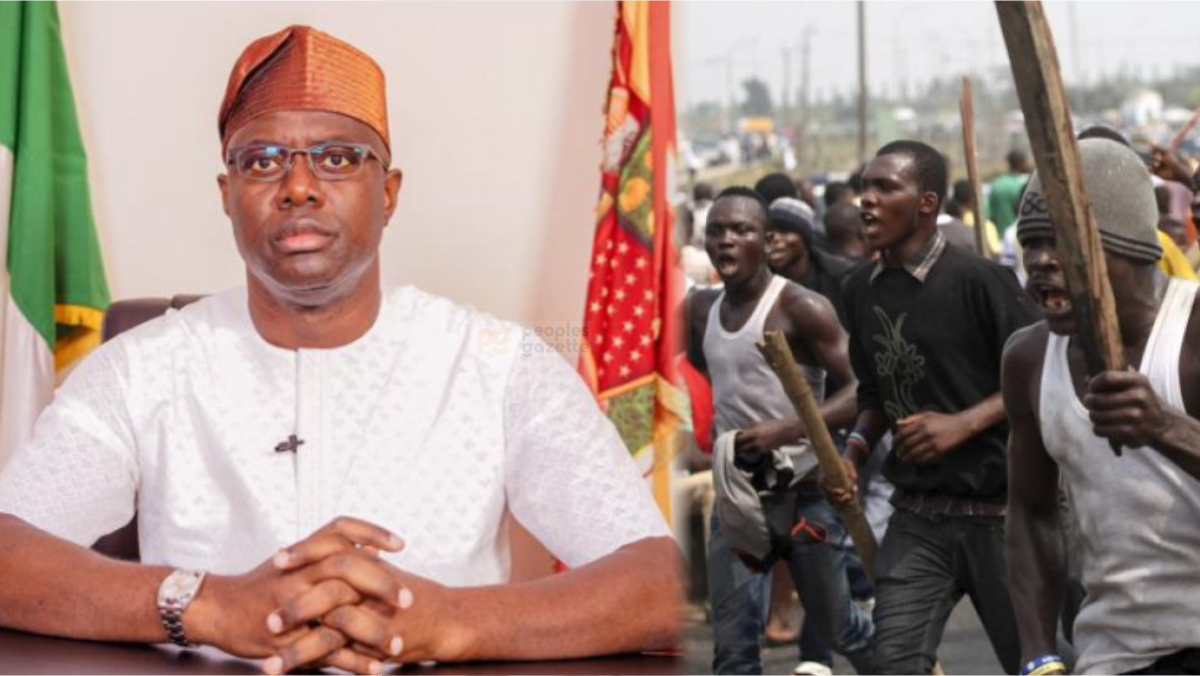 There was mayhem in Ibadan as phone sellers, and NURTW thugs clashed, with Governor Seyi Makinde sneaking out when angry youths stormed his office.

The mayhem started around the Iwo Road area of Ibadan as park managers clashed with phone retailers, leaving one person killed.

A witness explained that one of the phone sellers argued with the park managers (also members of the proscribed National Union of Road Transport Workers) over blocking the main entrance of a shopping complex.

Shortly after the argument, violence ensued.

The shopping complex was vandalised, while phones and accessories, among other valuables, were destroyed in the mayhem.

A witness, who spoke on the condition of anonymity, said one person was killed, while many others sustained injuries.

In the ensuing mayhem, shop owners hurriedly closed shops to prevent looting of their wares, while others scampered for safety for fear of being attacked.

The crisis led to traffic gridlock stretching from Iwo Road to Gbagi and Airport Road, Agodi Gate, and Governor’s Office at the state’s secretariat.

Some aggrieved youths later marched to the Government House, Agodi Gate, and the Governor’s office carrying the remains of the person killed in the violence.

The angry youths, mostly phone sellers later in the evening, blocked the main gate to the Governor’s office.

Efforts by Mr Makinde’s aides to pacify the youths were unsuccessful, insisting they would not leave.

The executive assistant to the governor on security matters, Sunday Odukoya; the chief press secretary, Taiwo Adisa; the health commissioner, Bashir Bello and the executive secretary of the state’s insurance scheme, Olushola Akande, also made spirited efforts to appease the youths.

The youths vowed that they would not leave unless they meet with the governor to brief him on what transpired at the Iwo Road area of Ibadan. The governor did not attend to them, having left the office via another gate.

The governor’s aides later provided an ambulance that conveyed the corpse to the Ring Road State Hospital’s morgue.

In another development, at least two persons lost their lives on Monday night at the Oremeji-Agugu area of Ibadan when the NURTW members clashed.