She mentioned some of the benefits to include the treatment of digestive disorders and that it helps to eliminate lumps, heartburn, acidity and constipation. 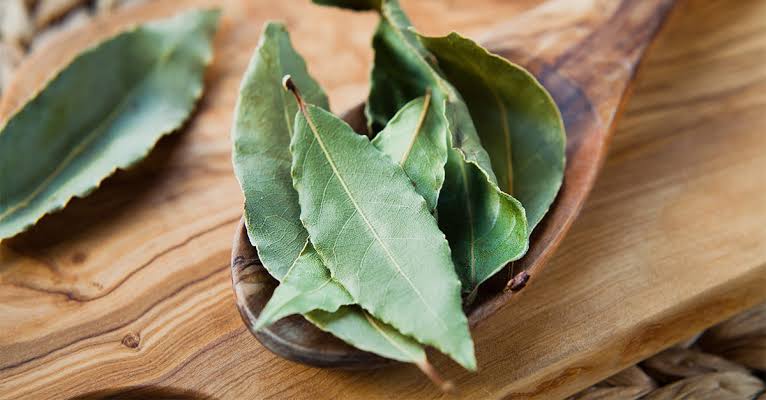 Bay leaf, also known as Laurel leaf, has been described as a cooking spice with many health benefits that can “keep the pharmacy away.”

Bay leaf is an aromatic leaf commonly used in cooking either as whole or in a dried or ground form.

The sweet bay tree (Laurus nobilis), an evergreen of the family Lauraceae, is indigenous to countries bordering the Mediterranean.

The leaves are delicately fragrant but have a bitter taste, containing approximately two per cent essential oil, the principal component of which is cineole.

In an interview on Tuesday, Lois Okeke-Mbachi, a senior nurse in Anambra, emphasised the health benefits of bay leaf and called on the public to discover and enjoy it in soups and as tea.

“The adage that constant bay leaves in cooking would keep pharmacy away is just to buttress the health benefits of the ancient spice,” Mrs Okeke-Mbachi, a Chief Nursing Officer at Enugwu-Ukwu General Hospital, said.

She added that recent scientific studies have shown that bay leaves have many benefits that help to get rid of many serious health problems and illnesses.

She mentioned some of the benefits to include the treatment of digestive disorders and that it helps to eliminate lumps, heartburn, acidity and constipation.

“It allows the body to produce insulin, eliminates bad cholesterol and relieves the body of triglycerides.

“Bay leaf is useful in treating colds, flu and severe coughs, as it is a rich source of vitamin C.

“One can boil the leaves and inhale the steam to get rid of phlegm and reduce the severity of cough.”

She said that the leaf also protects the heart from seizure and stroke, as it contains cardiovascular protective compounds

and rich in acids such as caffeic acid, quercetin, eigonol and bartolinide, the substances that prevent the formation of cancer cells in the body.

Mrs Okeke-Mbachi said that bay leaves eliminate insomnia and anxiety if taken before bedtime, as it helps to relax the nerves and guarantees sound sleep.

She urged the public to look for it and use it to enjoy good health, noting that “drinking a cup of bay leaves tea twice a day can break kidney stones and cure infection.

“Many women add bay leaves to their foods, especially in the cooking of red meat and poultry without knowing how to do it.”

She cautioned that some people add it to food for flavour, “but the addition of bay leaves to meat converts triglycerides to monounsaturated fats.

“For experimentation and confirmation, cut your chicken into two halves, cook each half in a pan and place on one bay leaf, and the other without bay leaf and observe the amount of fat in both pans differ.”