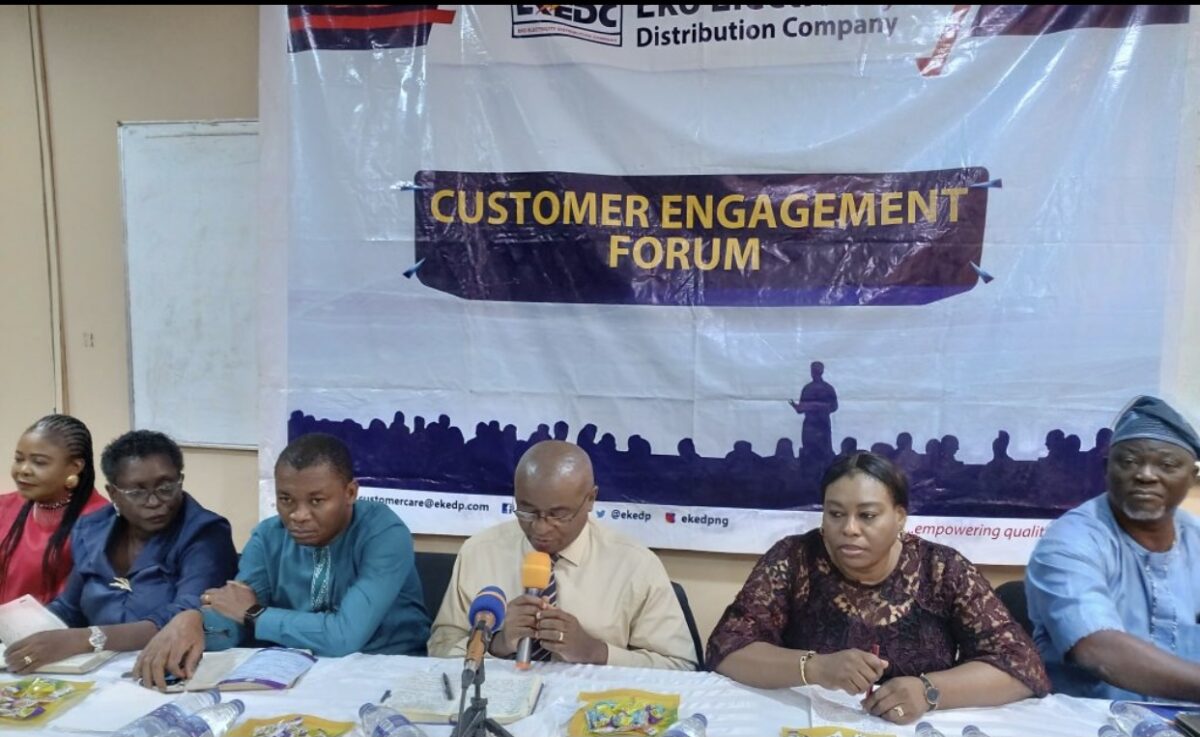 Dr Tinuade Sanda, Managing Director, EKEDC, made this known at a customer engagement forum organised by the Disco on Thursday in Lagos.

Customers at the forum were drawn from various areas under Orile District, including Surulere, Aguda, Coker, Orile, Ikate, Animashaun and Doyin zones.

Ms Sanda, who was represented by the company’s Chief Finance Officer, Joseph Ezenwa, said the essence of the meeting was to collaborate with customers.

She said the town hall meeting also created an avenue to interface with customers and address issues confronting various communities under EKEDC’s network.

The EKEDC boss reiterated that estimated billing was a product of energy theft within a community, which included bypassing electricity meters.

According to her, the act of bypassing electricity meters is one of the major causes of high estimated billing.

“As a company, we bill accurately based on consumption on every feeder, while we also discovered that some customers engage in energy theft within the communities.

“There is need for every customer to be vigilant to identify those engaging in energy theft in the communities,” she said.

Ms Sanda said the company would commence installation of meters on poles to curb energy theft and bypassing meters within its network.

On metering, Ms Sanda said the company had commenced effective metering through the Meter Asset Provider (MAP) scheme where meters would be installed within 10 working days after confirmation of payment.

She urged customers to key into the MAP scheme as a way of addressing estimated billings.

She said the company had installed over 78,000 free meters under the National Mass Metering Programme (NMMP) Phase 0 Scheme.

According to her, the NMMP is an initiative of the federal government, where meters are provided to customers free, and that the goal of the initiative is to meter all customers within five years (2025).

She said the NMMP had been suspended, hence Phase 1 of the programme was yet to commence.

“Pending when it commences, l urge you to key into the ongoing MAP scheme; all is to eliminate estimated billing and bridge the metering gap.

“The more customers that participate in the scheme, the better our chances of metering all customers,” she said.

On infrastructure development, the EKEDC boss said the company had bought over 120,000 transformers to improve supply and had commenced installation.

Mr Bakare said the problems confronting electricity customers were enormous but the meeting created an avenue for peaceful discussion and how they could be addressed.

According to him, the management has been very responsive and committed to power improvement in its area of coverage.

Abiola Adesola, a resident of Aguda, tasked EKEDC on reorientation of their field officers towards effective customer service delivery.

Ms Adesola appealed to the management to provide lasting solutions to estimated billing, while urging EKEDC to ensure artisans using free electricity were captured in the billing system to reduce estimated billings.

Over 200 residents attended the town hall meeting at the National Power Training Institute of Nigeria (NAPTIN).