Justice Mojisola Dada of an Ikeja Special Offences Court adjourned the case until December 16 for trial. 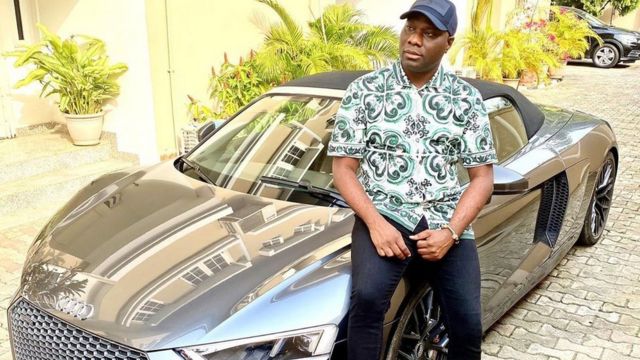 The absence of the defence counsel to   Ismaila Mustapha (alias Mompha), on Wednesday stalled the trial in the alleged N6 billion money laundering case against him.

Justice Mojisola Dada of an Ikeja Special Offences Court adjourned the case until December 16 for trial, following the absence of the defence counsel, Gboyega Oyewole (SAN).

The Economic and Financial Crimes Commission (EFCC) counsel, Suleiman Suleiman, had earlier informed the court  that the prosecution was in court with two witnesses as the court had fixed the date for commencement of trial.

Mr Suleiman, however, informed the court of the absence of the lead defence counsel.

“There is no representation for the defence and I tried reaching the junior counsel who said that the SAN ought to be here,” he said.

The court had on September 21 ordered the beginning of trial of the defendant in absentia after he failed to appear before the court.

On January 22, the EFCC arraigned Mompha alongside his company, Ismalob Global Investment Ltd., on eight counts of N6 billion laundering.

The court had on June 22 issued a bench warrant for Mustapha’s arrest following his absence in court.

Ms Dada also revoked the bail she granted the defendant.

The social media celebrity was equally absent in court on June 16.

On June 10, EFCC accused him of flouting the court’s order by travelling to Dubai with a new  international passport.

Others are retention of proceeds of criminal conduct, use of property derived from an unlawful act, possession of a document containing false pretences, and failure to disclose assets.