Muhammad-Bande has been conferred with the Global Leadership in International Relations Award by the International Police and Veterans Foundation. 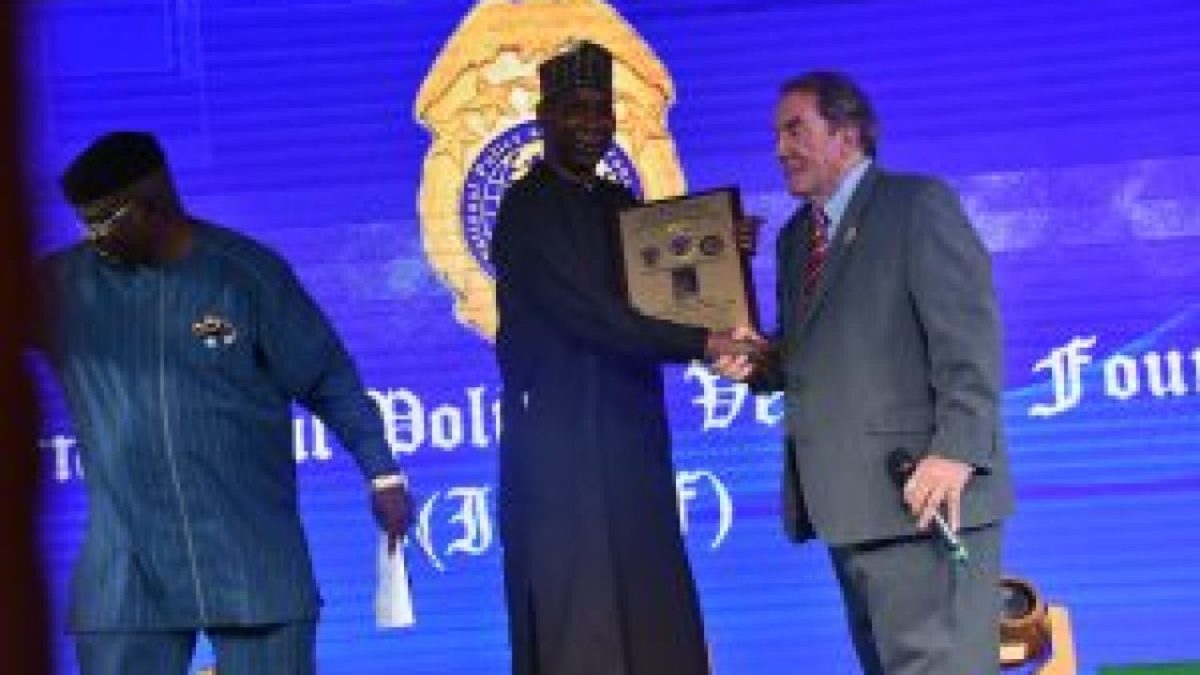 The Permanent Representative of Nigeria to the UN, Tijjani Muhammad-Bande, has been conferred with the Global Leadership in International Relations Award by the International Police and Veterans Foundation.

Muhammad-Bande was conferred with the award at a ceremony in New York to recognise his outstanding performance and global leadership as the 74th President of the UN General Assembly from September 17 to September 15, 2020.

President of the foundation, Richard Ezaqui, said it “fully recognised the outstanding role” Mr Muhammad-Bande played and “demonstrated towards rallying the world to combat the menace of COVID-19 during his tenure.”

Mr Ezaqui added, “Your sterling performance in leading the world successfully during those difficult times played a significant role in choosing your excellency for this prestigious international award.’’

The UN General Assembly under Mr Muhammad-Bande’s leadership passed over 70 decisions and resolutions at the peak of the COVID-19 pandemic.

Diplomats at the UN had expressed concerns that it would be impossible for the assembly to do its job when COVID-19 started spreading and countries began to impose lockdown.

They praised Mr Muhammad-Bande for leading the 193-member body to carry out its work through “novel means that guaranteed business continuity while mitigating the spread of COVID-19.”

The UN Secretary-General, Antonio Guterres, particularly described the Nigerian envoy as the “miracle” needed by the assembly to weather the COVID-19 storm.

Receiving the award, Mr Muhammad-Bande appreciated the foundation’s leadership for the recognition.

He said there was a connection between the work of the UN and the work that the foundation did to help humanity.

“We must appreciate the work that police and other law enforcement agencies do for all of us,” the Nigerian envoy stated.

Kazeem Bello, President of the Nigerians in Diaspora Organisation (NIDO), New Jersey, while reading Mr Muhammad-Bande’s citation, said it was on record that he held the position of the president of UN General Assembly at the most trying period.