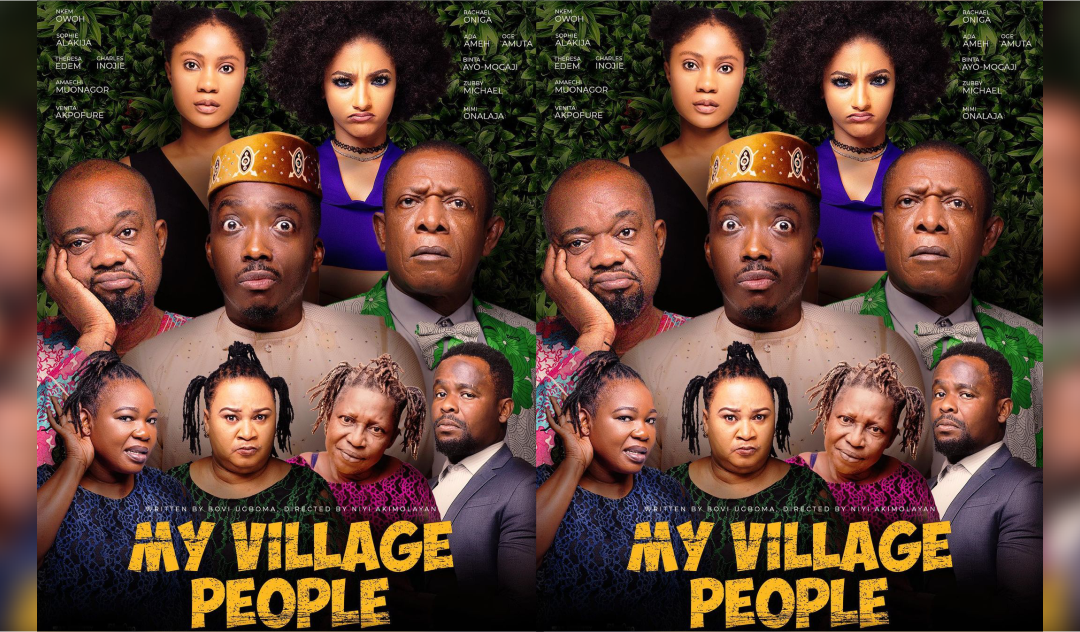 Directed by Niyi Akinmolayan, after a solid 12 weeks in box office, the movie is officially the 17th title to cross the N100 million mark in Nigerian box office.

“My Village People” is Abovi ‘Bovi’ Ugboma’s highly awaited upcoming feature film, and has premiered its official trailer ahead of its June 11, 2021, cinema release.

The movie has as its Executive Producers, Moses Babatope of FilmOne Entertainment, Idris Olorunnimbe of The Temple Company and Bovi Ugboma who also stars in the lead role.

It follows the tale of a prince who found himself in a bizarre love triangle with the marine world and a coven of witches as a result of his reckless lifestyle.

“Congratulations to all the cast, crew members and everyone who made this possible. Thank You Nigeria”.

The comedy movie is written by Bovi and produced by Matilda Sola, Winnie Okpapi and Mimidoo (Achineku) Bartels.

“My Village People” opened to an impressive N35,531,000 in its opening week and after three weeks and a solid top four spot, it grossed over N70 million.