The Osakyo of Assakio, His Royal Highness, Osula Inarigu II, appealed to herders to desist from grazing their cattle on peoples’ farms. 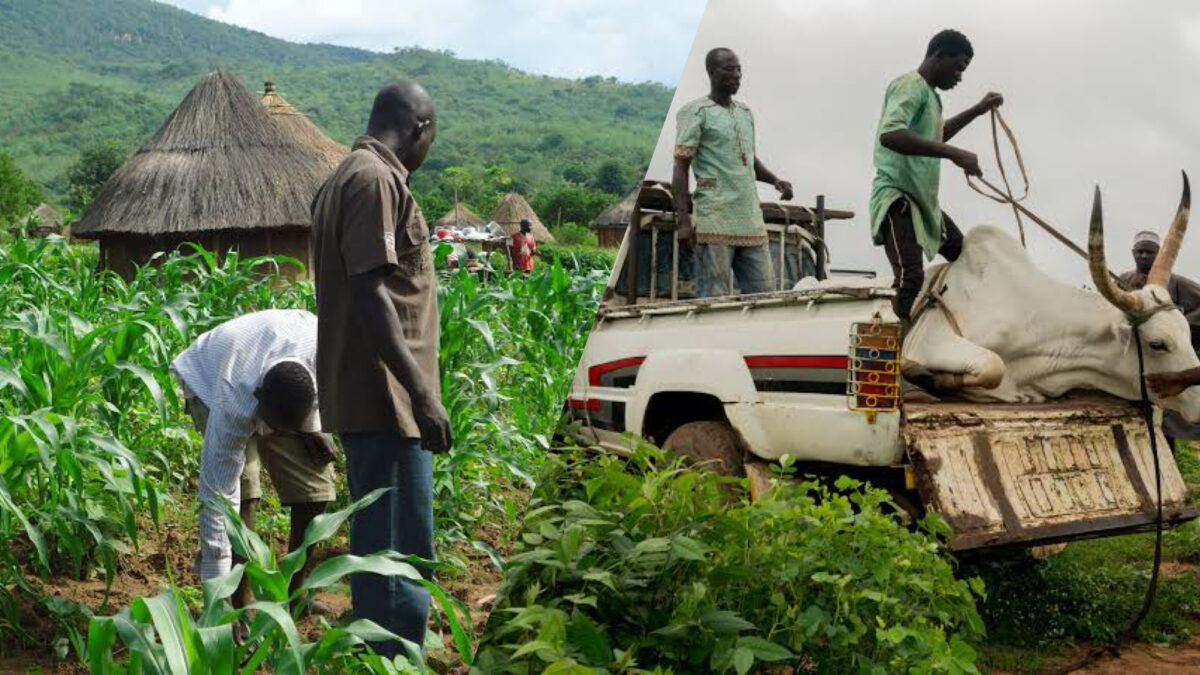 Farmers and herders used to illustrate the story

The Nasarawa State government launched a campaign in Lafia on Friday to promote harmonious coexistence between farmers and herders.

Speaking at the launch at Assakio, Lafia East Development Area of the state, Yakubu Lawal, Commissioner for Information, Culture and Tourism, said the campaign was in continuation of the government’s peace efforts.

He said that the campaign became necessary to encourage mutual understanding between farmers and herders as the cropping season begins so as to guarantee economic growth and food sufficiency.

“It is on this note that the ministry in collaboration with the Office of the Special Assistant to the Governor on farmers and herders’ Conflicts embarked on this grassroots sensitisation. It is to give affected parties the privilege to interface with one another.

“Findings showed that major causes of crises between farmers and herders are lack of grazing route, night grazing, and use of underage children to graze.

“Another cause is the lack of dialogue between farmers and herders where there is misunderstanding.

“The bottom line is that farmers and herders must co-exist peacefully to give the government the opportunity to channel its meagre resources to providing dividends of democracy to the people of the state,” he said.

Mr Lawal noted that the administration of Governor Abdullahi Sule was seeking the collaboration of stakeholders like traditional rulers, market women groups, religious, political, and youth organisations to join in preaching peace, tolerance, love and to espouse the benefits of peaceful co-existence.

“I implore you to take this message to the grassroots to understand the reason for harmonious and peaceful coexistence. I reassure you that the government is genuinely committed to providing a level playing ground for all ethnic groups in the state,” he said.

In his remarks, the Osakyo of Assakio, His Royal Highness, Osula Inarigu II, commended the government’s peace moves, and vowed to maintain peace, while appealing to herders to desist from grazing their cattle on peoples’ farms.

He equally appealed to farmers not to take the laws into their hands in times of anger, but to report any act of destruction of their farms to security agencies.