A nationwide NLC strike backed by key affiliates could shut down parts of the economy. 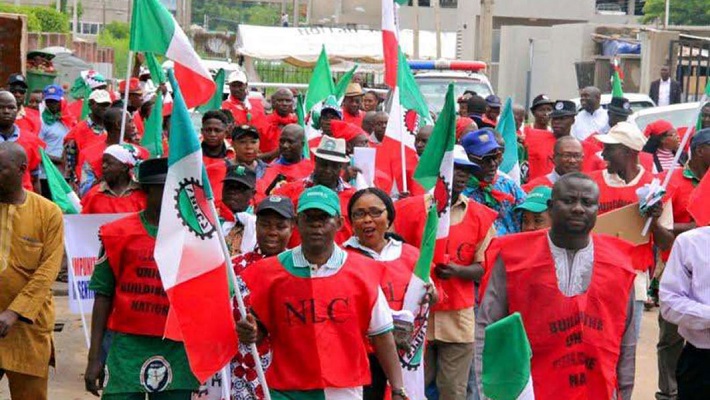 The Nigeria Labour Congress (NLC) has some momentum again after four of its affiliates in aviation said on Friday that they would support its nationwide strike starting on Monday.

NLC and the Trade Union Congress (TUC) are organising a strike to protest against the recent increase in petrol and electricity prices. These two top unions want the price changes reversed.

Their participation in a labour strike could ground all flights.

A nationwide NLC strike backed by key affiliates could shut down parts of the economy.

Meanwhile, some NLC affiliates do not support the proposed strike. These include the National Oil and Gas Suppliers Association of Nigeria, whose national president Benneth Korie has been quoted urging the NLC to drop the plan saying a strike would affect the economy unfavourably.

Other affiliates such as the National Union of Banks, Insurance and Financial Institutions are rallying behind NLC and TUC.

The Buhari government has made moves to halt the proposed strike. The attorney-general Abubakar Malami has initiated litigation at the national industrial court in Abuja, and on Friday the court ordered labour to suspend its proposed strike.

An obscure non-profit named Peace and Unity Ambassadors Association had previously applied to the industrial court to stop labour from going on strike.

NLC says it will carry on with its plans despite the litigation.

There was a labour strike in 2012 when the Jonathan government tried to remove petrol subsidies. That strike initially had popular backing and other civil society groups organised protests in labour’s support. The labour unions controversially called off their strike within two weeks and the government suppressed the upheaval using the army.