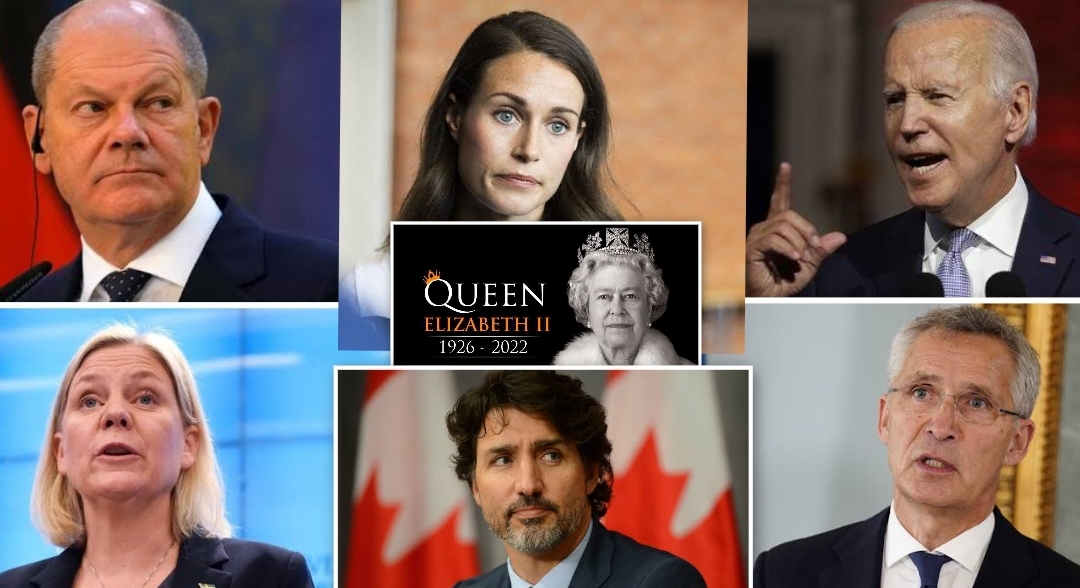 “Deeply saddened by the passing of Her Majesty Queen Elizabeth II.

“Over more than 70 years, she exemplified selfless leadership and public service.

“My deepest condolences to the Royal Family, to our NATO Allies the United Kingdom and Canada, and to the people of the Commonwealth,” Mr Stoltenberg said in a tweet.

Recalling their meeting in 2021, Mr Biden said: “She charmed us with her wit, moved us with her kindness, and generously shared with us her wisdom.”

Offering his condolences to the royal family together with his wife, Jill Biden, the U.S. president said the queen “was more than a monarch. She defined an era.”

“In a world of constant change, she was a steadying presence and a source of comfort and pride for generations of Britons, including many who have never known their country without her.”

He went on to say that Elizabeth II was “a stateswoman of unmatched dignity and constancy who deepened the bedrock Alliance between the United Kingdom and the United States. She helped make our relationship special.”

Mr Biden said he looked forward to “continuing a close friendship with The King and The Queen Consort.”

Mr Scholz said her commitment “to German-British reconciliation after the horrors of the Second World War” has not been forgotten.

“She will be missed, not least her wonderful sense of humour,” Mr Scholz wrote.

“It was with the heaviest of hearts that we learned of the passing of Canada’s longest-reigning Sovereign, Her Majesty Queen Elizabeth II,” he said.

“She was a constant presence in our lives – and her service to Canadians will forever remain an important part of our country’s history.”

“As we look back at her life and her reign that spanned so many decades, Canadians will always remember and cherish Her Majesty’s wisdom, compassion, and warmth.

“Our thoughts are with the members of the Royal Family during this most difficult time,” he said in a tweet.

Canada is a member of the British Commonwealth.

Finnish President Sauli Niinistö commented on the historic role of Queen Elizabeth II after news of her death earlier on Thursday.

“In her 70-year reign, she witnessed and shaped history like few others. Her sense of duty and dedication are an example to us all,” Mr Niinistö tweeted.

Finnish Prime Minister Sanna Marin also sent her condolences to the royal family and the people of Britain and the Commonwealth in a tweet.

Meanwhile Iceland’s Prime Minister Katrín Jakobsdóttir wrote that Queen Elizabeth would be remembered for being “a strong and courageous woman.”

“A historic era and a long life of service to Britain have come to an end,” he said in a statement to NTB news agency.

Personally, she said she would remember the queen above all for her great integrity and strength.

“She represented the United Kingdom and the Commonwealth with balance, wisdom, respect for institutions and democracy,” he said in a statement issued from his official residence, Palazzo Chigi, on Thursday evening.

“She ensured stability in times of crisis and understood how to keep alive the value of tradition in a society in constant and profound evolution,” he said.