NDLEA commander in the state, Umar Adoro, told journalists on Saturday in Kaduna that the four suspects were arrested between July 15 and July 17. 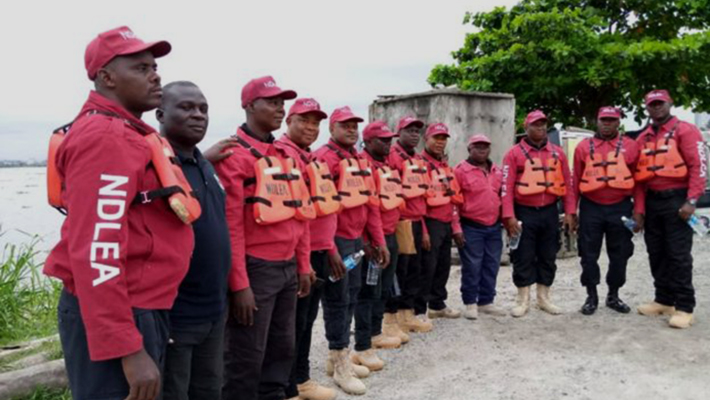 NDLEA commander in the state, Umar Adoro, told journalists on Saturday in Kaduna that the four suspects were arrested between July 15 and July 17.

Mr Adoro said the first suspect was arrested on July 17 in Kano during a follow-up operation after an interception of his consignment earlier on the same day in Kaduna.

He was arrested with 2,500 kg, 2.5 tons of rubber solution, “Shalisha” otherwise known as a solvent.

He said the second suspect, who was also arrested on July 17 in Katsina, was the owner of intercepted consignments containing 157,000 tablets of Diazepam weighing 37.5k.

Mr Adoro said two other suspects were arrested on July 15, by Patrol 2 officers, during a follow-up operation in Kano and were arrested with 75,000 tablets of Diazepam 10mg weighing 19kg and 200,000 pills of Exol-5 weighing 66kg, totalling 85kg.

He said 210kg of drugs were seized from the suspects.

According to Mr Adoro, the war against illicit drugs is a collective responsibility that needs the support of all.

“We will continue the fight against illicit drugs to a standstill in the state for a better and peaceful society for development.”