Nigeria: A decade of impunity and inaction

Various commissions and inquiries have been set up to investigate alleged crimes committed by the military since 2009, but none led to any prosecution of perpetrators. 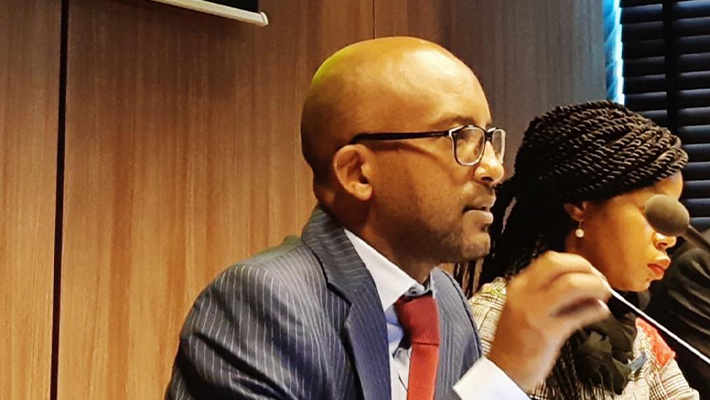 On 18 November 2010, the Prosecutor of the International Criminal Court (ICC) opened a preliminary examination into the situation in Nigeria. It is a decade on now, yet the Prosecutor is yet to make a decision on whether to proceed with investigating and prosecuting perpetrators of crimes committed in the northeast by both sides to the conflict: Boko Haram and the Nigerian military.

Repeated commitments were made to arrive at this decision, including last year when the Office of the Prosecutor (OTP) stated that the Prosecutor was committed to close ongoing preliminary examinations before the end of her mandate, coming up in June 2021.

The evidence against Nigerian government, both its inability and lack of political will is overwhelming. As documented by Amnesty International and others, the government has proved to be not just unable, but willingly unable to take any genuine steps to ensure perpetrators of atrocities in the Northeast are brought to courts.

The Prosecutor has also acknowledged this fact time and again. In its latest report last year, the OTP concluded that “it does not appear that the [Nigerian] authorities are investigating and/or prosecuting cases” concerning the same events which the ICC is looking into.

Various commissions and inquiries have been set up with a promise to investigate alleged crimes committed by the military since 2009, but none led to any prosecution of perpetrators. And, none of these were truly designed to bring those responsible to court. Most are yet to publish their findings. It’s not much different with respect to alleged crimes committed by Boko Haram.

Despite sham proceedings where suspected members of Boko Haram were brought to mass trials, we have not seen any high-profile prosecution of a Boko Haram member. Thousands remain in detention, including civilians fleeing Boko Haram-controlled territories, who were arbitrarily sent to military detention facilities.

The Prosecutor of the ICC claims to have identified ten “potential cases” of war crimes and crimes against humanity carried out by both Boko Haram and the Nigerian Military. But ten years on, these potential cases remain nothing more than mere headlines in annual progress reports.

The real reason behind the Prosecutors delay in advancing to investigations remains unclear. But the cost of this delay is evident and palpable. With no end in sight to the conflict, commission of widespread human rights violations and crimes under international law continue unabated.

Boko Haram has killed thousands of civilians through attacks on civilians in worship centers, villages and schools. The group has abducted thousands of children and young adults, most of whom were forcibly ‘married’ or conscripted as fighters.

The Nigerian military has also attacked and burned entire villages, arbitrarily arresting thousands of civilians fleeing the conflict and detaining them in military barracks for months or years in horrifying inhumane conditions. They also continue to perpetrate other serious crimes against civilians in displaced camps, including raping women in exchange for food. As often, the victims are the most vulnerable, including children.

Earlier this year Amnesty International released a report detailing cases of violations suffered by children by both sides of the ongoing conflict. Amongst other things, the report revealed that the Nigerian military unlawfully detained thousands of boys and girls, some of them detained with adults and suffered sexual violence.

The call for accountability for abuses committed by security forces is growing in Nigeria. Very recently, we have seen brave, persistent and loud demands for police accountability in Nigeria under the #EndSARS campaign.

The punch and popularity of this movement propelled the Nigerian authorities to commit to police reforms and set up judicial panels of inquiries in several states. In the first few days of the protests, the government immediately dissolved the Special Anti-Robbery Squad (SARS) – a unit of the police notorious for killings, violence and corruption. Some officers were demoted, some dismissed and orderly trials began for others.

But the jury is still out if any of these commitments and actions will lead to genuine accountability and shift in behavior by police, military forces and other security agencies in Nigeria.  What appears to be clear is that Nigerians will no longer accept the entrenched culture of impunity.

The Prosecutor of the ICC has a role to play in meeting this demand and cry for justice. Whether it is crimes committed by the police against protestors or attacks by the military against civilians in the Northeast, it is time to end the cycle of impunity driving these abuses.

The OTP must urgently take steps to expeditiously conclude the Nigeria preliminary examination and open a formal investigation. The victims of international crimes in the northeast have waited for so long. They should not wait further.