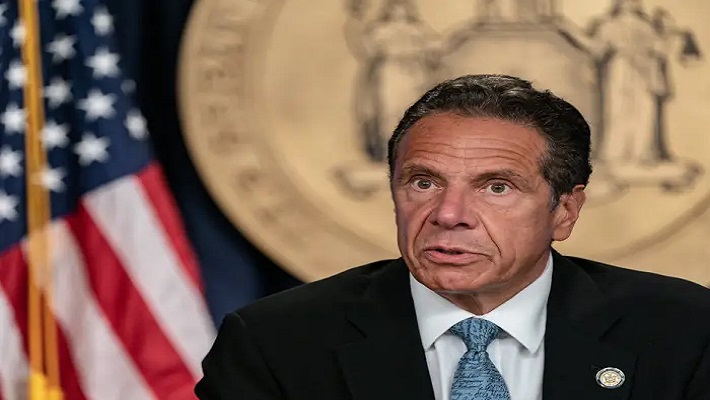 Mr Cuomo publicly announced on Tuesday that his resignation will take effect in 14 days.

The New York governor, Andrew Cuomo, has resigned following an investigation by the state attorney-general that found he sexually harassed multiple women.

Mr Cuomo announced on Tuesday that his resignation will take effect in 14 days.

In a televised address shown by Reuters, Mr Cuomo denied the allegations, though he has accepted “full responsibility” for harassing the multiple women who came forward with their experiences.

The announcement comes a week after an inquiry by state attorney-general Letitia James revealed that Mr Cuomo had violated state and federal laws by sexually harassing multiple women.

Ms James had announced that findings from the investigation would be disclosed in a public report. The 165-page report mounted graphic evidence against Mr Cuomo.

Mr Cuomo strongly denied all allegations of sexual harassment, saying he was being targeted by his political adversaries and those who took umbrage with his handling of the pandemic response across the state.

Backlash and public criticism for Mr Cuomo mounted in March after his aide Alyssa McGrath told NBC that he made suggestive comments to her and another woman said he’d asked to kiss her at a wedding in 2019. The U.S. President Joe Biden also called for Mr Cuomo’s resignation.

The two lead investigators hired by the state attorney general’s office: Joon H. Kim, the former prosecutor, and Anne L. Clark, an employment lawyer, who had spoken with 179 people. The investigations by Ms Kim and Ms Clark also revealed that Mr Cuomo led his administration through intimidation.