Nigeria defeated Egypt 3-0 in the final to win their second African Nations Volleyball Championship in a row. 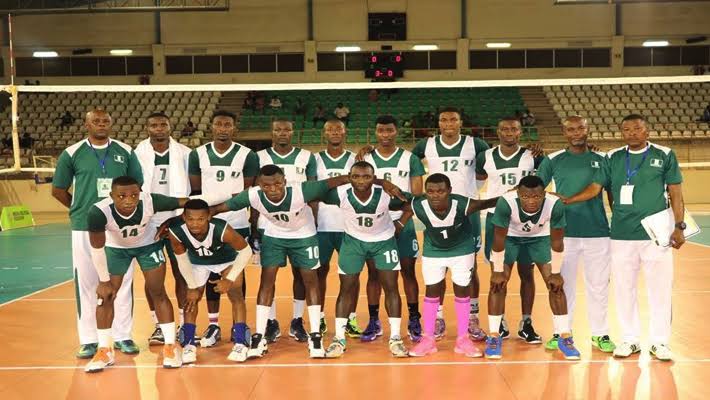 Nigeria U-19 boys are the champions of the African Nations Volleyball Championship for the second consecutive time after hammering their Egyptian counterparts 3-0 on Sunday afternoon.

Nigeria proved their dominance in the final game after winning the first set by a wide margin of 25-18 before piping the Egyptians 25-20 in the second set.

The defending champions sealed the game with a 31-29 win in the third set to record a remarkable 3-0 victory to clinch the African title.

At the conclusion of the tournament which was held in Morocco, three Nigerian players made the Dream Team of the Championship.

Elisha Anebi named the Best Setter. Rahim Olayemi was named the Best Outside player while Abdulaziz Aliyu was awarded the Most Valuable Player (MVP) of the Championship.

Both Nigeria and Egypt will represent Africa at the next FIVB Volleyball Boys’ U19 World Championship.