The REDD+ is the framework which allows countries, the private sector as well as multilateral funds to pay countries not to cut from their forest. 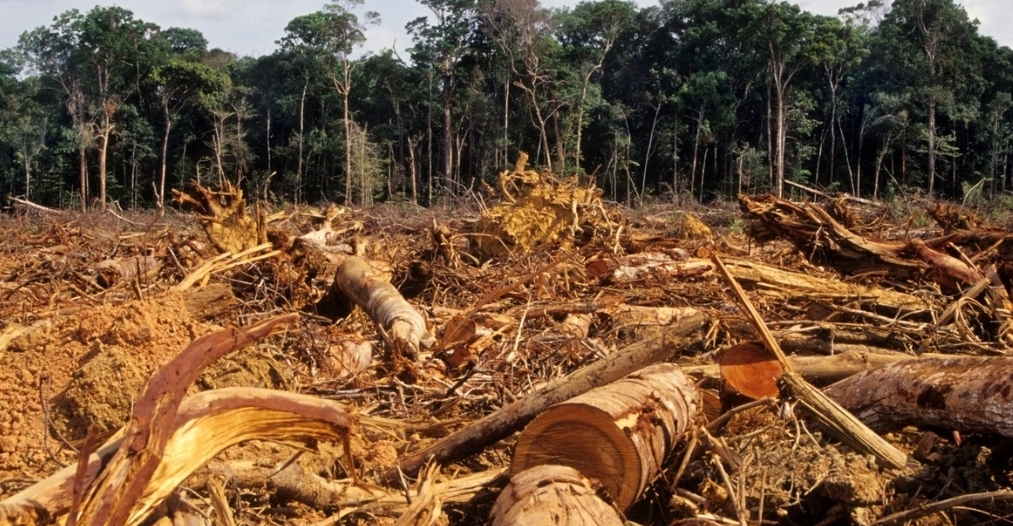 Photo of deforestation used to illustrate this story

In the second week of close-door negotiations at COP26, Nigeria launched the “REDD+” strategy to reduce carbon emissions and save the forest.

The largest annual climate change conference brought over 195 delegates across the globe together under the United Nations Framework Convention on Climate Change (UNFCCC) to deliberate on environment and climate issues.

Peoples Gazette learnt they “REDD+” is a United Nations-backed framework that aims to curb climate change by stopping the destruction of forests. the “+” signifies the role of conservation, sustainable management of forests, and enhancement of forest carbon stocks.

The country has the highest rate of deforestation in the world with statistics showing Nigeria lost more than 400,000 hectares of land yearly. The major causes of deforestation are logging, mining agriculture.

The Intergovernmental Panel on Climate Change, IPCC, identified forest degradation and deforestation as the major contributor to climate change responsible for about 12 percent of global gas emissions.

Nigeria’s population is growing daily and people are migrating from state to state, cutting down trees to build houses for settlement. Companies on the other hand are cutting down timbers which are mostly sold to developed countries for furniture, the building of houses among others.

While cutting down forest trees, most times involves burning of trees which causes air pollution, research reveals that wildfire smoke accounts for 25 percent of dangerous pollution in the UK.

In 2015, World Bank estimated that 94 per cent of the country’s population is exposed to air, and the country has a history of the largest number of death in Africa due to air pollution, ranking the fourth country with air pollution across the globe.

However, the government of Nigeria on Monday at Pavilion in Glasgow, Scotland, says it has put out a strategy that would help reduce emissions and save the forest.

The national coordinator of the programme, Moses Ama, while presenting said the REDD+ strategy is a plan that proffers solutions to reduce carbon emissions in the country.

Mr Ama told Peoples Gazette shortly after the launching of the REDD+ programme in Glasgow, Scotland that stakeholders agreed to the strategy presented by the Ministry of Environment.

“And we are presenting it to partners that we don’t have an endless approach, we have a strategy that you can hold us responsible for where your investment can go, and that is why we are launching it. The strategy is robust,” he said.

Mr Ama explained that the “REDD” is called readiness where the country puts a pillar to act, recalling that Nigeria has a history of deforestation that eventually becomes “REDD”.

He further revealed that only seven states in Nigeria have agreed to be part of the REDD program so far, noting that partners would support programme in those states.

Mr Ama appeals to donor organisations for funds to achieve the REDD+ project.

“We want our donor agency to support us and until they help us we can not go anywhere,” he said.

Mr Graham, however, urged the Nigerian government to enter into a partnership agreement with donor countries, and private organisations to support the implementation of the REDD+ strategy for one or two years to achieve its set goals.

“This REDD+ strategy will help Nigerians and Nigeria future depending on the helping environment,” he added.

The REDD+ is the framework which allows countries, the private sector as well as multilateral funds to pay countries not to cut from their forest. Conservative experts say the REDD+ would help countries achieve their Nationally Determined Contributions, NDC.

NDC is a long-term goals countries made to reduce climate activities destroying the earth and its inhabitants.