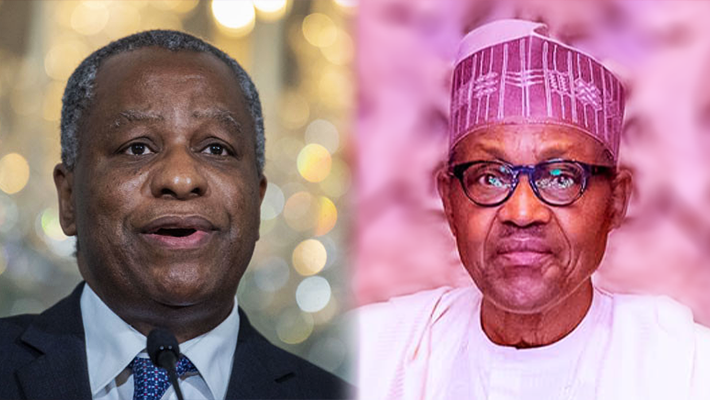 The Senate on Wednesday adopted a motion to end the hardship faced by Nigerians abroad in obtaining and renewing their passports after hearing torrid accounts of how Nigerian embassy officials’ extortionate conduct, subjecting Nigerians who seek to renew their passports to inhuman and degrading treatment.

It, therefore, mandated its relevant committees to engage Ministers of Interior and Foreign Affairs, Comptroller General of Immigration, and Nigeria’s foreign missions to introduce measures for Nigerians abroad to renew their passports without difficulty.

The decision followed the adoption of a motion at plenary on “Urgent need to remove the difficulty faced by Nigerians outside of the shores of Nigeria in renewing their passport.”

According to him, citizens worst hit by the challenge are Nigerians in the U.S., Canada, Italy, the UK, South Africa, and Austria.

Mr Urhoghide noted that in the U.S., for example, there were only four centres that Nigerians could renew their passports.

The centres are Washington DC, Atlanta, New York, and California.

He said due to an insufficient number of centres, many Nigerians spent several days on the road to the renewal centres from their places of residence.

According to him, this affects their jobs, finances, and even the safety of life as passport renewal applicants spend months trying to renew expired passports.

“The only ones who get speedy attention are those that pay to the middlemen or directly to the embassy officials,” he claimed.

He condemned the embassies’ insistence that Nigerians must be physically present at renewal centres to renew their passports.

“The reason given for requiring physical presence is that applicants need to be captured electronically for the new passport.

“This excuse is not tenable since fresh capturing should not be demanded of someone who already has his captured bio-data in the database,” Mr Urhoghide said.

He further disclosed, “In some or all of the renewal centres, there exist middlemen who are either working with or for officials of the Nigerian embassies. This is especially true of renewal centres in the U.S. and Italy, as videos of this practice are awash on social media.

“In all the cases, these middlemen are not Nigerians and demand for money from Nigerians to book for them a capture (interview) date with officials of the embassy.”

According to him, issuing a visa, renewing a passport, and other services by Nigerian embassies abroad are carried out through racketeering by government officials and their foreign agents.

He warned, “Unless urgent steps are taken now and decisively, everything we believe in as a nation and have worked for and continue to work to achieve will be undermined.

“Nigerians just cannot continue to treat fellow Nigerians that way; even foreigners should not be treated as such.”

The lawmaker observed that Nigerian embassy officials could not feign ignorance of Nigerians’ hardships, middlemen’s existence, and the inadequacy of the number of renewal centres.

“These were all deliberately created by embassies officials to oil the wheels of the passport/visa racketeering,” the senator said.

He explained that one way to stop the hardship was to introduce renewal by post and pursued with the diligence that it requires.