The car crash involved the rapper, his friend, and another driver. 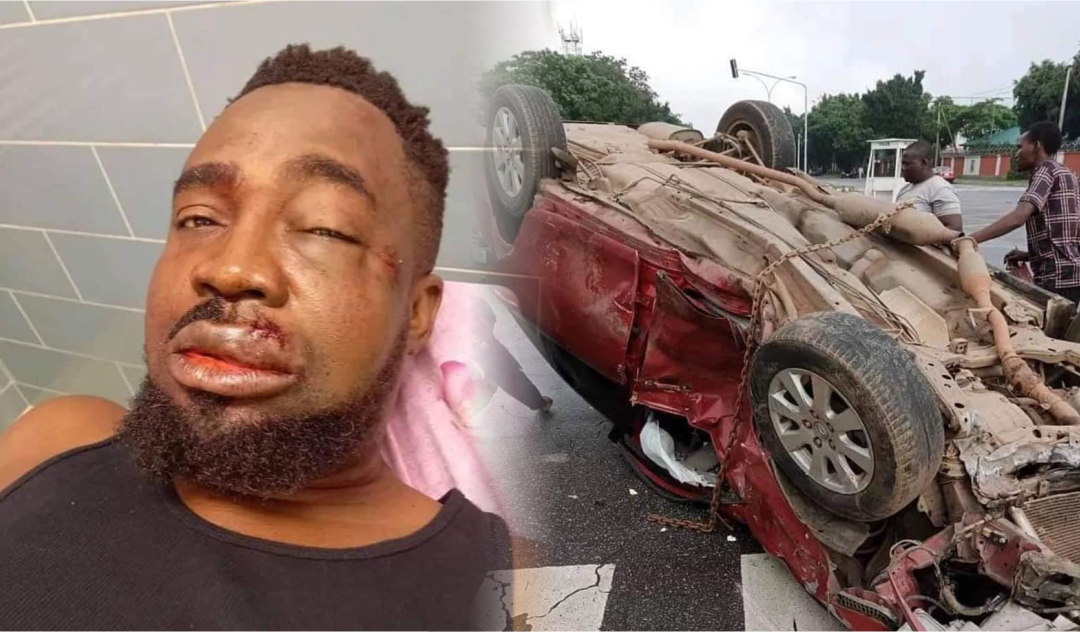 The rapper posted pictures of his “write-off” car and that of the other driver involved in the accident as he announced the unfortunate incident via Instagram.

“It’s a blessing being alive in the land of the living, I was involved in a ghastly motor accident early this morning at Abuja (before Banex junction)” he said.

According to him, the car crash almost claimed his life, as he was completely unconscious and had to be revived twice before stabilising.

“I was unconscious when I was pulled out of the red car after another car ran into our car, I passed out twice but I am stable now and responding to treatment”.

The car crash involved the rapper, his friend, and another driver.

No life was lost, as the trio are currently receiving and responding to treatment.

“@mickeystaineless get well soon my friend, the driver is receiving treatment as well, God be praised” Mr Raw posted.