The Labour Party’s ‘Obidatti23’ rally, according to people against it, could make Lagos residents experience post-traumatic stress disorder. 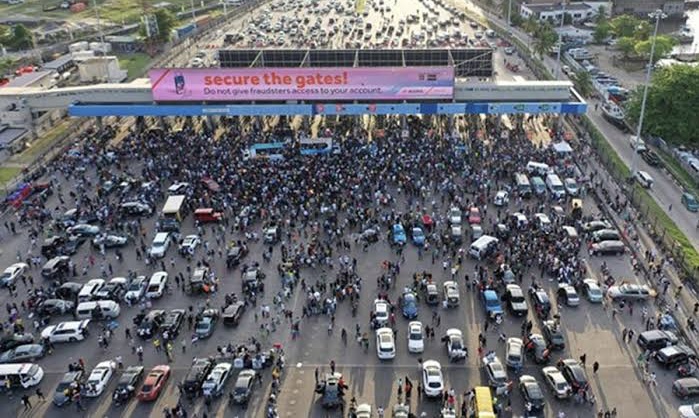 Labour Party, its presidential standard-bearer Peter Obi and vice-presidential candidate Yusuf Datti Baba-Ahmed, have been sued over their plan to use the Lekki Tollgate as a base to hold a rally tagged ‘Obidatti23 Forward Ever Rally’ ahead of the 2023 general elections.

There are concerns that Mr Obi’s rally at the Lekki Tollgate will cause Nigerians to experience post-traumatic stress disorder.

Nine lawyers have filed a lawsuit at the Lagos Division of the Federal High Court asking that Messrs Obi and Datti should be barred from using the Lekki Tollgate in commemoration of the second anniversary of the EndSARS protest.

The lawyers want the court to stop Messrs Obi and Baba-Ahmed and their supporters from holding the rally at the venue until the hearing and determination of their suit.

They filed an ex parte motion before a judge Daniel Osiagor through their counsel, Dada Awosika (SAN). The plaintiffs urged the court to halt the rally to avoid a reminiscent of the #EndSARS protest in 2020.

The plaintiffs argued that the rally, under the political guise of the ‘Obidatti23 Forward Ever Rally’, would cause a breakdown of law and order, resulting in post-traumatic stress disorder for them and the public.

The plaintiffs asked the court to restrain the Labour Party supporters from planning and promoting rallies in Lagos.

The case was adjourned until September 23 for further hearing.