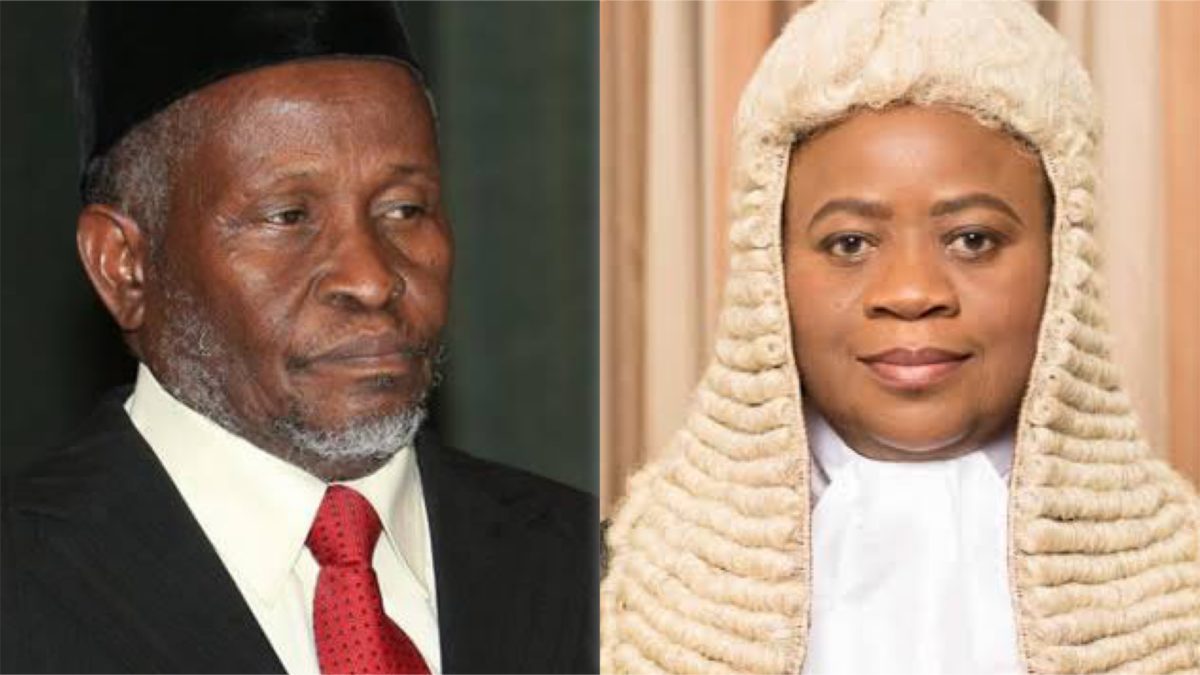 A composite of Tanko Muhammad, Monica Dongban-Mensem used to illustrate the story

Monica Dongban-Mensem, President of the Court of Appeal, has decried the “low” salary structure of Nigeria’s third arm of government, stating that the Judiciary is the worst paid in Africa.

According to her, when compared to their African counterparts, the salary structure of the country’s judicial officers and staff ranked low.

Ms Dongban-Mensem says the Chief Justice of Nigeria was on a monthly salary of N279,000, while Judges of the Appeal Court are paid N166,000.

Ms Dongban-Mensem made this revelation at the flag-off ceremony of the new legal year 2021/2022 on Monday at the Abuja division of the court of appeal.

“The salary structure for judicial officers and staff in Nigeria has consistently ranked poor when compared to that of their counterparts in other African and commonwealth countries,” Mrs Dongban-Mensem said.

Mrs Dongban-Mensem urged the federal government for an upward review of judges salaries as they have maintained one salary level for over a decade.

“I also implore the governments of the federation and states to urgently review the salaries and allowances of judicial officers and staff,” Mrs Dongban-Mensem said.

According to her, “The salaries of Justices are static with no graduation as in the civil and public service. We have been on one salary grade for over ten years now.”

Mrs Dongban-Mensem tried to draw a relation between poor wages and corruption and how it was an uphill task for a judge earning below N200,000 to try a politician who earns over N13 million monthly from the same government which pays the judge.

The Judicial Staff Union of Nigeria (JUSUN) had in April embarked on a nationwide strike to advocate for financial autonomy for the Judiciary.

After several strike actions, the government is yet to heed the Judiciary demand and implement financial autonomy for the third arm of government.