This anomie, this disruption of the habitual order of society, won’t abate as long as the conditions that drive them persist 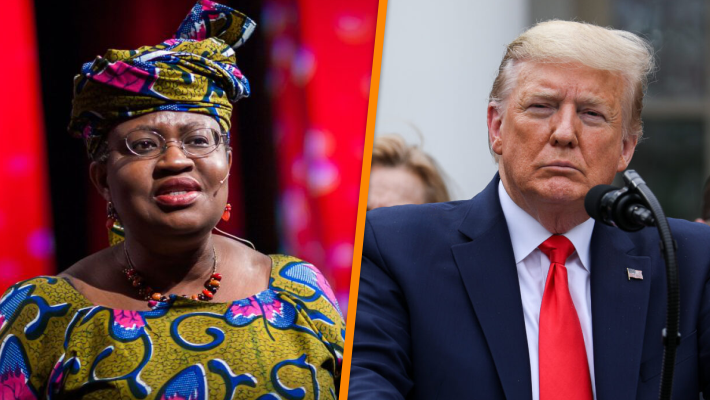 In the aftermath of the infiltration, suppression, and suspension of the #EndSARS protests, Nigeria is now contending with the spontaneous nationwide eruption of what I call a subaltern revolt against the greed and hardheartedness of Nigeria’s elites.

While discussing this with a childhood friend of mine in Nigeria, he bewailed the widespread “looting” of foodstuffs all over the country as the definitive signal of the erosion of Nigeria’s moral core and of the younger generation’s total divorce from the ethical verities that held the society together.

I told him he was guilty of chronocentricity, that is, the often wrong-headed, evidence-free idea that one generation or era is better or worse than the other. There is no evidence there was ever a golden age of moral perfection in any society. The evidence we have is that people in every era tend to sentimentalize the past as better and to disdain contemporary eras as worse.

This is usually wholly a product of our imaginations. There will always be criminals and pious people in every society and in every era. Since we are both from Borgu, I reminded my friend that until colonialism stopped it in the early 1900s, Borgu princes used to be highway robbers on the Trans-Saharan trade route. It was called “swa dibu,” which literally translates as “eating the road.”

We were told stories of Borgu princes’ highway robberies as brave and heroic feats, even though they robbed innocent people of their possessions like modern- day armed robbers do. The mass, unprecedented repossession of foodstuffs from warehouses by both genuinely poor and criminal people isn’t proof of a new moral degeneracy in the society. It is rather evidence of the collapse of the unwritten social contract between the rulers and the ruled.

The idea that organized societies are founded on a social contract between the governors and the governed was first proposed by Plato and elaborated by other philosophical treatises such as Thomas Hobbes’ Leviathan.

Social contract rests on the idea that everyday members of a society have agreed formally or informally to give up some of their natural rights and to recognize the authority of people in power in exchange for security and basic economic liberties.

Social cohesion and the sustenance of social order are guaranteed when both parties keep their side of the bargain. Anomie results when either side fails to live up to the terms of the contract. That is why citizens get thrown into jails or fined for offenses ranging from misdemeanors to felonies.

When those who control the levers of the power structure, who enjoy the privilege of being rulers, provide neither security nor basic economic liberties for everyday citizens who give up their natural rights for the sake a common social order that works for everybody, you get rebellion, insurrection, revolt, or even revolutions.

That is precisely what is happening in Nigeria. In both the North and the South, particularly in the North, oceans of innocent blood flood the land, and the government has shown itself to be either unwilling or unable to protect people.

Amid biting and rising mass hunger in the land, governors chose to hoard foodstuffs that were donated by the private sector. Since self-preservation is the first law of nature, most people would do anything, including risking death, to stay alive. It’s one of the existential paradoxes of human life.

This anomie, this disruption of the habitual order of society, won’t abate as long as the conditions that drive them persist. But Nigeria’s political elites don’t seem to grasp what’s happening. They are still cocky, callous, and calculating. The same governors who couldn’t go from house to house to distribute foodstuffs to citizens under a government-mandated lockdown have now said they would go from house to house to retrieve forcefully taken foodstuffs that were meant for them. These guys are sowing the seeds of a revolution the kind of which their impoverished minds can’t conceive.

However much we may like to characterize it as a “revolution,” #EndSARS wasn’t a revolution. It was merely a rebellion. Disparate resentments against police brutality, particularly in the South, quickly coalesced into a mass resistance, then blossomed into a protest, and culminated in a rebellion without ever achieving the status of a revolution.

In a revolution, a vanguard takes ownership of the rebellion and uses it as a ladder to climb to substantive power. But all that #EndSARS did—and could ever do—was cause discomfiture to an oppressive power structure while leaving intact the power structure itself.

What is brewing, and which the political elites are exacerbating, is far greater in ramifications than anything Nigeria had ever seen. Nigerian rulers should know that they can’t continually fail to fulfill their duties and obligations in the social contract and expect the governed to accept their dehumanisation with listless abandon.

Almost every Nigerian news outlet inaccurately reported that Dr. Ngozi Oknonjo-Iweala had been appointed Director General of the World Trade Organization at a time that international media outlets reported that US’s opposition to her consensus nomination had threatened her chances.

For instance, Bloomberg reported that preparatory to the WTO General Council “tentatively set for Nov.” during which a final decision will be made, the WTO reached a consensus decision to appoint Okonjo-Iweala as its DG, but that “the Trump administration said it won’t back the appointment of Ngozi Okonjo-Iweala to be the WTO’s next director-general”  and “will act as a veto that disrupts” her consensus nomination.

Okonjo-Iweala became a US citizen in 2019, yet Trump is more comfortable with a Korean than with his compatriot.  Trump’s calculations for rejecting Okonjo-Iweala may be geo-political, but he is also a dyed- in-the-wool negrophobic racist. For instance, of the 220 federal judges he has appointed since he became president, not a single one is black or nonwhite.

In 2016, Trump praised and promoted a book titled “Adios America” by American conservative activist Ann Coulter which, among other racist claims, said, “There were almost no Nigerians in the United States until the 1970s. Today there are 380,000,” which she said was a problem because “in Nigeria, every level of society is criminal.”

On December 23, 2017, he was reported to have said people from Haiti and Nigeria should be denied US visas because “15,000 Haitians who received US visas ‘all have AIDS’ and 40,000 Nigerians [who visited the US on tourist visas that year] would never ‘go back to their huts’ after seeing the US.”

In January 2018, he was quoted to have said he didn’t want immigration into the US from “shithole countries” like Nigeria and Haiti; he said he preferred “more people coming in from places like Norway.”

In 2020, to appease his racist base, he banned Nigerians, along with other non-white countries, from immigrating to the US. And now, his government is the only government in the world that will vote against a smart black woman’s election as the DG of the World Trade Center.
Trump is far and away the most racist president America has ever had in modern history. We can only hope that his racist, nightmarish presidency comes to an end on November 3.