Residents in southeastern states of Abia, Enugu and Imo observed a sit-at-home order called by IPOB in solidarity with their leader Nnamdi Kanu. 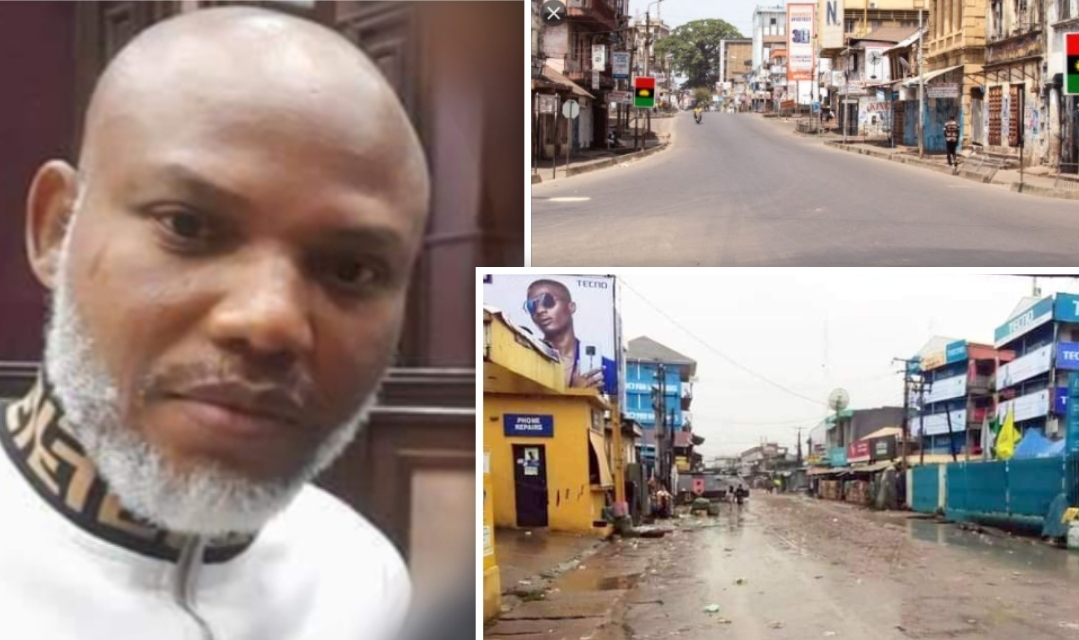 Residents of Abia, Enugu, and Imo States stayed indoors on Thursday in observance of a sit-at-home order by the Indigenous People of Biafra, IPOB, as their leader Nnamdi Kanu appeared before the Abuja Division of the Federal High Court.

Mr Kanu, facing charges of treason and terrorism, has been held in custody for months by the Nigerian government. His adherents have since been calling a weekly lockdown across the South-East in solidarity.

Checks by Peoples Gazette showed that banks, markets, shops, and other business activities were closed in these states. Roads were also deserted.

Sources who spoke separately with The Gazette on Thursday said the sit-at-home was fully observed in the states with many being scared of attack by hoodlums should they disobey the order.

An Enugu resident, Foster Anuide, said businesses were also ‘under lock and key’ on Monday.

“As I am telling you now, I have not gone to my computer shop since morning,” the source told The Gazette via telephone. “And, there was a lock down on Monday, and today Thursday.”

“On Monday, there was a lockdown. Tuesday was free. Wednesday, we did #EndSARS protests and today, we are all inside, and if I go outside, what will I be doing?” Mr Acha asked.

While some residents pledged solidarity with the decision, others told The Gazette “they have no option than to follow the decision.”

“Although I work remotely, I am still not happy over the order that made banks, markets and everywhere to be locked down,” a resident, Otutudike Chukwudi, in Umuahia, told The Gazette, expressing sadness, that complaints received from neighbours “are not pleasing, and if anything happens, one might be attacked.”

Rosemary Nwabueze in Owerri also said the lockdown affected the majority of people who wanted to trade and make a profit but she was opportune to walk to her office.

“I was able to walk to my office because it is close to my office and it is a residential house,” and “no one knows it’s an office except you are told. Everywhere is locked down,” Ms Nwabueze said.

IPOB last week announced a sit-at-home order for its members to solidarise with Mr Kanu on October 21, when he will be arraigned in court.

“He did nothing to deserve any persecution by the federal government,” spokesman to the group, Emma Powerful, said in a statement.

However, The Gazette gathered that some residents had on Wednesday over-shopped in preparation for today’s lockdown.