No allocation in 2023 budget to combat illegal mining: Minister

The N37.2 billion earmarked for the ministry and its 10 parastatal agencies for 2023, will cover personnel costs, overhead and capital expenditures. 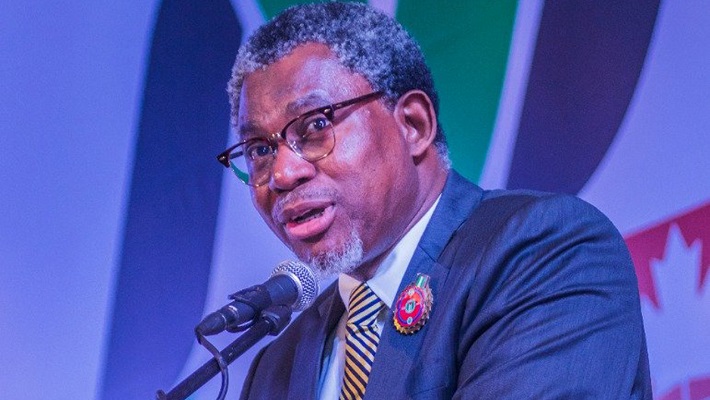 Minister of Mines and Steel Development, Olamilekan Adegbite, says no provision was made to combat illegal mining in the ministry’s 2023 budget.

The minister made this known on Tuesday in Abuja at a budget defence session organised by the House of Representatives Committee on Steel.

“We do not have any budget for security or to chase illegal miners; there is nothing in our budget for that,” Mr Adegbite said.

He said N37.2 billion was earmarked for the ministry and its 10 parastatal agencies for 2023.

He gave a breakdown of the money as N10.06 billion for personnel costs, N2.05 billion as overhead and N25 billion for capital expenditures.

He said if that was taken off, the ministry would be left with only N3.26 billion for capital expenditures as the ministry had no control over the repayment of the N21.7 billion.

“We are trying to tighten security on the sophisticated activities of illegal miners through the surveillance task force in collaboration with the office of the National Security Adviser (NSA).

“We are working with the NSA, which has made a robust proposal to the president. If this proposal is acceded to, we should see some improvement in how we can deal with illegal miners in 2023,” he said.

He said efforts would be made to tighten security on the increasing and sophisticated activities of the illegal miners.

The minister also told the committee said that the focus of the 2023 budget is to improve the revenue-generating capacity of the ministry to contribute to foreign exchange earnings.

On the 2022 budget performance, the minister said the ministry generated N7.2 billion in revenue, expressing hope to hit N10 billion before the year runs out.

On reviving the Ajaokuta Steel Company revival, the minister said N109 million was provided in the 2022 budget to concession the company.

He said that the process was ongoing and that the ministry was working to ensure the right hands took over its operations, expressing hope that it would start running in two years’ time.

Earlier, chairman of the committee, Abdulahi Ali (APC-Kogi), noted that Nigeria was facing a lot of economic uncertainties.

Mr Ali said the committee was interested in implementing measures to revive the Ajaokuta Steel Company and the steel sector in 2023.