The NSCDC commandant directed them to take on criminals without hesitation. 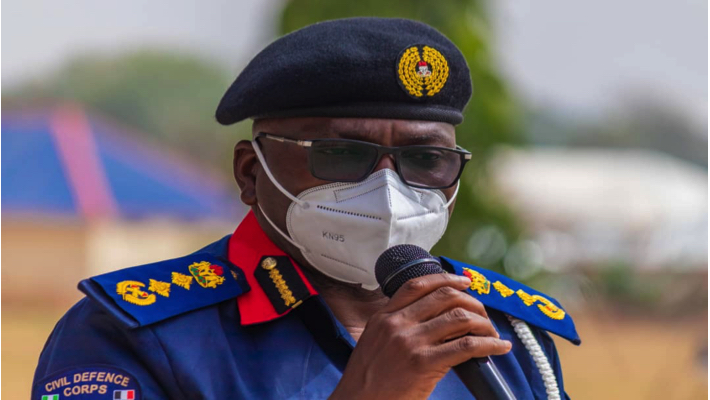 The Nigeria Security and Civil Defence Corps (NSCDC) has commissioned an all-female combatant squad as part of its “Safe Schools Initiative.”

It announced the first phase of deployment of some of its personnel, to schools in the Federal Capital Territory (FCT) and Katsina state, promising to deploy more to other states.

The NSCDC Commandant General (CG), Ahmed Audi, made this disclosure during a special parade, simulation exercise and unveiling of the squad at the NSCDC Headquarters parade ground in Abuja on Monday.

Mr Audi directed them to take on criminals without hesitation.

“The new squad was established due to the unprovoked and mindless attacks on Nigerians by kidnappers and bandits, which has led to the loss of lives and left gory images in its trail.

“That driving force and initiative brought about the establishment of the first set of female squads.

“This is in keeping to my belief that women can make and have been making valuable contributions to nation-building.”

According to the CG, the recent Government proposed Safe School Initiative is an avenue for the NSCDC to show their readiness to confront kidnapping and banditry activities, within and around the school’s environment.

He said that the female squad was to complement the efforts of their male counterparts and work together with sister agencies.

“As we gather again today, I urge you to comply strictly with the rules of engagement, based on universal best practices in any security operation you may be involved in, either within or outside the nation,” he said.

He further urged all stakeholders to partner with the corps in proactively implementing measures and undertaking actions that will neutralise any form of aggression and provide assurance of public safety.