The Nigeria Union of Teachers (NUT) has called on the Borno government to recruit more qualified teachers for public primary schools. 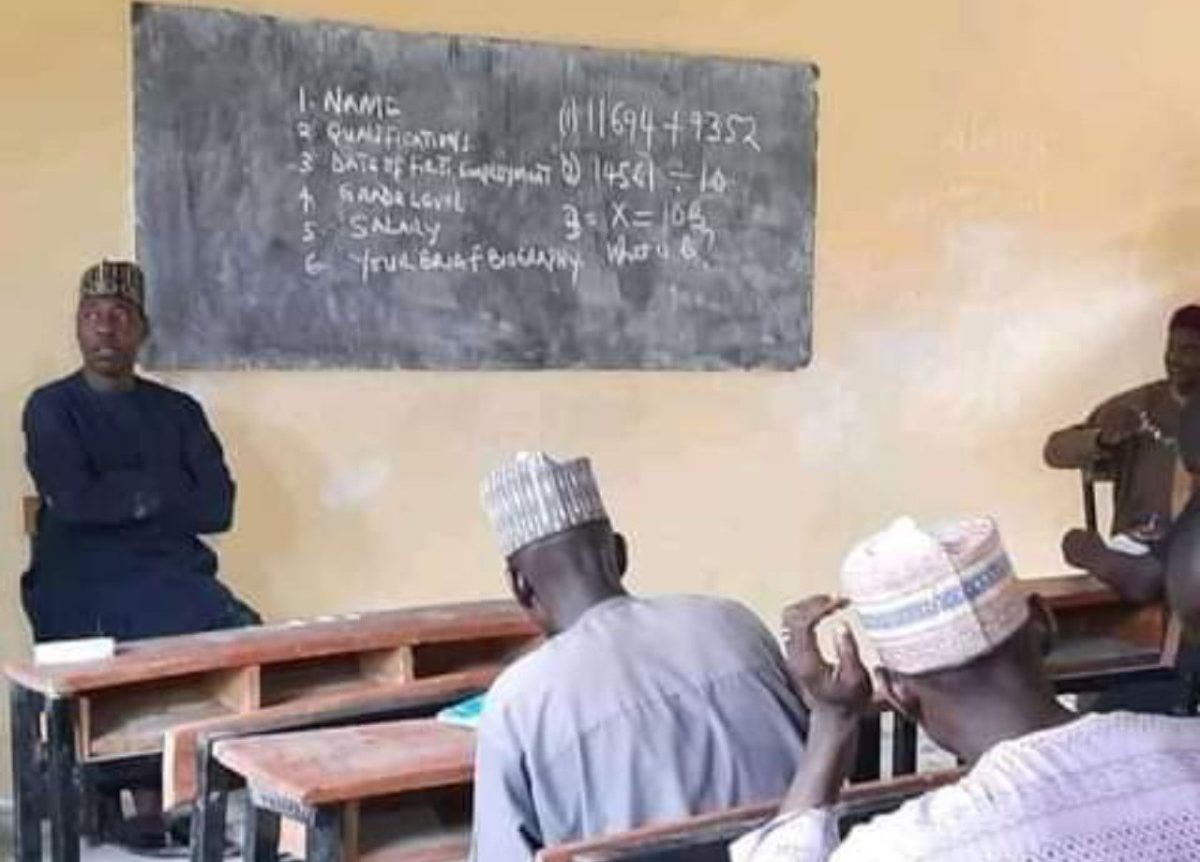 Photo of teachers used to illustrate the story

The Nigeria Union of Teachers (NUT) has called on the Borno government to recruit more qualified teachers for public primary schools.

Mr Mohammed said the government did well in infrastructure, with many new schools constructed, those destroyed by Boko Haram rehabilitated, and the minimum wage paid.

He, however, added that “there is a need to cap the developments with more qualified teachers, particularly now that there is a mass enrollment of pupils launched by the state government.”

The NUT chairman, who recalled the challenges faced by teachers in Borno during the insurgency, which he said affected 500 teachers, noted that “things have improved in the area of security.”

A teacher in the state, Yusuf Tom, who observed that some teachers had yet to get the minimum wage due to some hitches, asked the government to address the issue.

Mr Tom urged the government to assist teachers with other welfare packages like soft loans and accommodation.

Another teacher, Sulaiman Maina, who also spoke on the plight of some teachers yet to get the minimum wage,

urged the government to expedite action on over 1000 of such affected teachers verified.