The NYSC boss gave the advice at the swearing in of Batch “B” Stream 1 corps members on Monday. 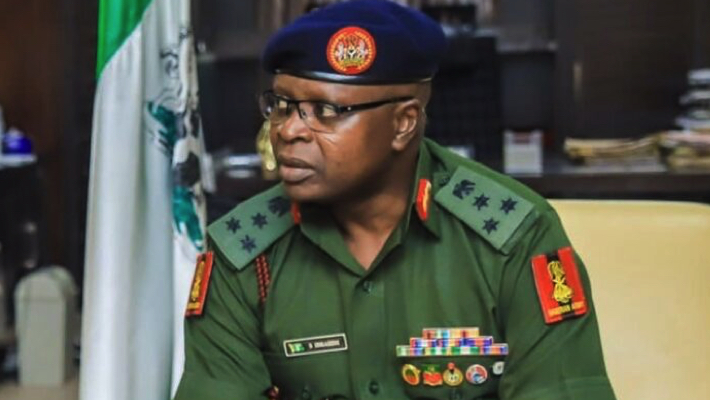 Mr Shuaibu gave the advice at the  NYSC Orientation Camp, Amada, Gombe State at the swearing in of Batch “B” Stream 1 corps members on Monday.

“As nation builders; you must refrain from all forms of cyber crimes, drive your vision with passion, and do not cut corners,” he said.

The NYSC boss also enjoined the Corps members to refrain from preaching division of the country, but should rather be ambassadors of peace and unity.

“Always promote the unity of the country, let the spirit of NYSC live in you.

He urged the Corps members to respect the culture and values as well as contribute meaningfully to the development of their host communities.

The DG stressed the need for the Corps members to seek permission before travelling in view of the spate of road accidents and security challenges in the country.

“Recently, corps members have been involved in motor accidents, therefore, it is mandatory to take permission before embarking on a journey,” he said.

On arrival, the DG accompanied by camp officials went round to inspect the facilities in the camp.

In her remark, Ada Imoni, the State Coordinator of the scheme, said the Corps members were expected to participate in four cardinal programmes during the Service year including Orientation Course, Primary Assignment, Community Development Service (CDS) and Passing Out Parade (POP).

Mrs Imoni said the programmes were designed to instill the core values of the scheme in Corps members for effective and efficient service delivery during the service year.

Mrs Imoni commended the effort of the DG for sustaining the visibility of the scheme via programmes such as the Health Initiative for Rural Dwellers (HIRD), resuscitation of NYSC half hour, and the recent inclusion of Corps members as enumerators for the Federal Government’s National Home Grown Feeding programme.

She admonished the Corps members to adhere strictly to all COVID-19 protocols to stem spread of the pandemic.

At the Gombe camp, 1,365 corps members were registered during the orientation exercise made up of 650 males and 715 females.