The Obong said he was interested in anything that would bring about a peaceful and successful conduct of the 2023 general elections in the State. 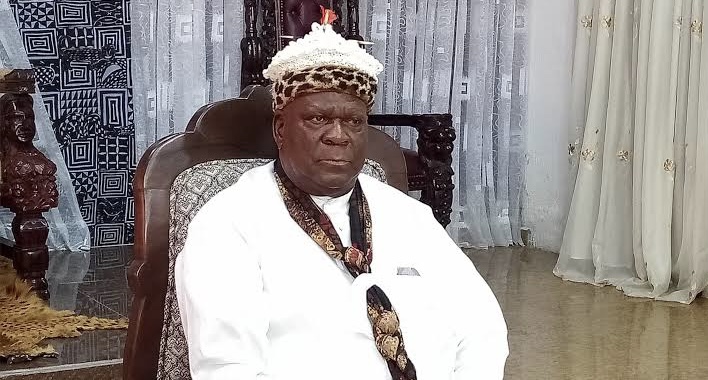 The Obong of Calabar, Edidem Ekpo Okon Abasi Otu V, has assured the Independent National Electoral Commission (INEC) of support during the 2023 elections in Cross River.

The traditional ruler gave the assurance in Calabar on Wednesday during a courtesy call to his palace by the State Resident Electoral Commissioner (REC), Prof. Yomere Oritsemolebi.

The Obong, however, urged the people to collect their Permanent Voters Card (PVC) in order to exercise their franchise.

“We will support you (INEC) in whatever capacity that will bring about a peaceful and successful conduct of the 2023 general elections in the State.

“We are assuring you of our cooperation before, during and after the polls.

“I also want to appeal to Cross Riverians to rise up and go for their PVC which is a very important tool for the 2023 elections because without it, you can’t vote,” he said.

Earlier, the commissioner assured Cross Riverians of INEC’s commitment to free, fair and transparent elections in the state in 2023.

He noted that the assurance was based on the level of preparedness of the commission and the measures put in place for the 2023 elections.

Mr Oritsemolebi appealed to the traditional ruler to educate and mobilise the electorate to fully participate in the activities lined up for the forthcoming polls.

Present at the visit was the National Commissioner in charge of Cross River, Delta and Edo States, Prof. Rhoda Gumus.