The revered monarch received some political leaders in the state on Saturday. 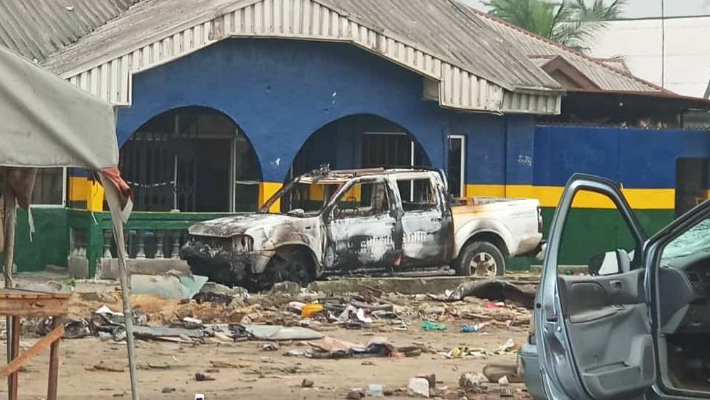 The Obong attributed the widespread plundering of public and private infrastructure in many parts of the state to the governor’s failure to effectively engage with security agencies and other relevant stakeholders prior to the crisis, the report stated.

“He (Ayade) has not been holding security meeting regularly”, the newspaper quoted the monarch to have said while hosting the immediate past governor Liyel Imoke.

The traditional ruler accused the governor of ignoring his telephone calls.
“He should be able to talk to people. He wouldn’t call you and even when you call him, he doesn’t answer the call. Nobody talks to him.”

Peoples Gazette could not independently verify if there is an ongoing cold war between Governor Ayade and the monarch.

The private homes of many public officials have been vandalised and looted in the state, following the hijack of the #EndSARS protests by armed thugs.

The assailants ramped up their coordinated attacks on government property when they burgled the state-run newspaper Nigerian Chronicle and the Tinapa Resort.