The speaker and house clerk were recently arrested and arraigned by the EFCC for offences bordering on financial crimes. 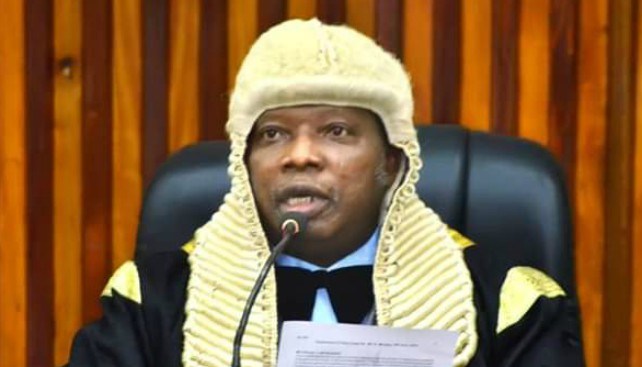 Speaker of the Ogun State House of Assembly, Olakunle Oluomo, was on Friday welcomed by fellow lawmakers and staff members of the assembly.

The speaker, who was ushered into his office by the lawmakers and staff members, was recently arrested by the Economic and Financial Crimes Commission (EFCC).

Mr Oluomo was arrested and arraigned alongside the clerk of the assembly, Deji Adeyemo, by the anti-corruption agency for offences bordering on financial crimes.

Mr Ojediran said that the association pledged its continued loyalty to the present assembly.

“We are pledging 100 per cent loyalty to the leadership of the house. PASAN have confidence in the speaker and the Clerk of the House.

“We are glad to receive back to the house the speaker and the clerk.

“We appreciate our members for being committed to their job, while the speaker was away. We are telling the whole world that we have confidence in the speaker,” he said.

The PASAN chairman said that the association would continue to work and support the lawmakers toward the success of the assembly.