A yet-to-be-identified man was, on Sunday, found dead on an electricity pole in Kobape area of Abeokuta, the Ogun capital. 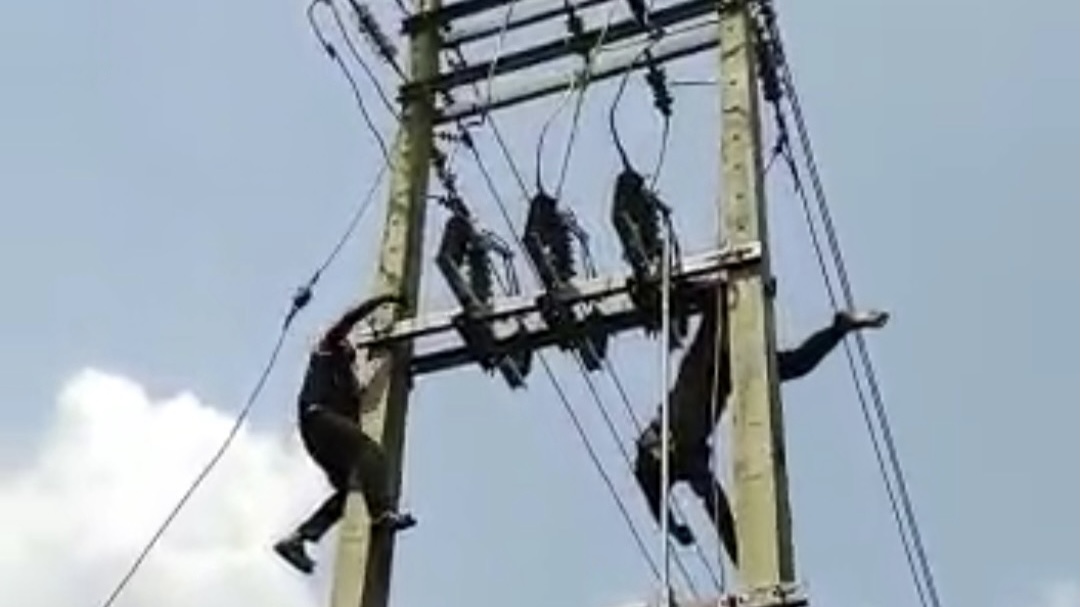 A yet-to-be-identified man was, on Sunday, found dead on an electricity pole in Kobape area of Abeokuta, the Ogun capital.

Residents of the area could not say when or why the man decided to climb the pole.

They could also not prove that he was an official of any electricity generating or distribution company.

While many said that the man must have climbed the pole to commit suicide by getting himself electrocuted, others opined that he might be on a mission to steal cables.

A witness, who did not want his name mentioned, said: “We woke up this morning to see the corpse of the man on the electricity pole.

“The death of the man is mysterious; we don’t know how he died. Maybe he wanted to commit suicide or he wanted to steal cables, only God knows”.

Spokesman of the Police Command in the state, DSP Abimbola Oyeyemi, while confirming the incident, said the man must have attempted to steal electricity cables, thus dispelling rumours that he was on a suicide mission.

“If he wanted to commit suicide, he only needed to climb the pole and hold the naked wire, but according to the information at my disposal, he had cut some of the cables.

“Maybe there was a sudden power supply while he was cutting the cables,” he said.

Mr Oyeyemi added that the remains of the deceased had been removed by the police, while the case was being investigated.