The Ohanaeze leader, who expressed delight over the GOC’s visit to the Ohanaeze House, said “without peace, nations cannot progress.” 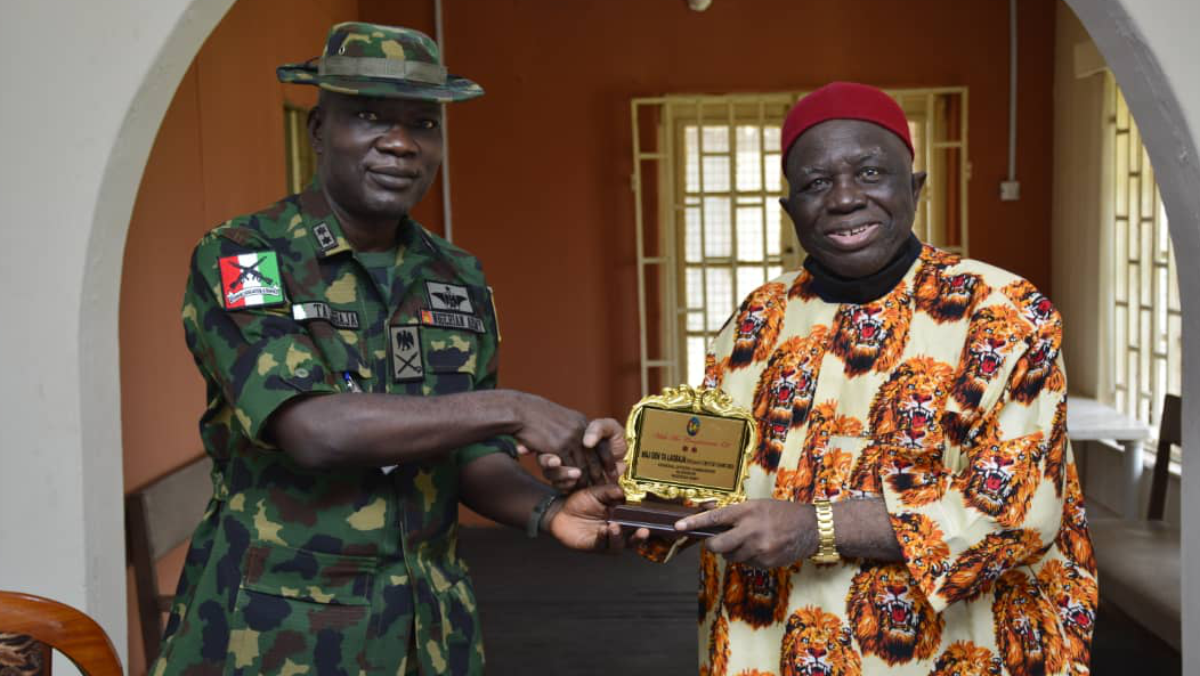 Ohanaeze Ndigbo Worldwide has commended the Nigerian Army for its sacrifice in restoring security and peace in the South-East and nation at large.

The President-General of the apex Igbo socio-cultural organisation, Professor George Obiozor, made the commendation on Wednesday, when the General Officer Commanding (GOC), 82 Division, Major-General Taoreed Lagbaja, visited him in his office in Enugu.

Mr Obiozor, who expressed delight over the GOC’s visit to the Ohanaeze House, said “without peace, nations cannot progress.

“And without the Armed Forces, we will have more problems. They are the pillars of Nigeria’s unity.”

The Ohanaeze leader also described the Nigerian Army as one of the best in Africa.

He urged the various armed forces to sustain their efforts toward ensuring peace and security across the country.

Responding, Mr Lagbaja described Ohanaeze Ndigbo as a key stakeholder in managing the affairs within the division’s core Area of Responsibility (AOR).

The GOC said, “Nigerian Army is an instrument of the state that helps to ensure peace, security and stable economic activities.”

He said the army chose to partner all stakeholders to achieve its mandate.

He commended the leadership of Ohaneze Ndigbo for advising against the threat by the proscribed Indigenous People of Biafra to use force to enforce its planned weekly sit-at-home order in the zone.

Mr Lagbaja assured the residents of the zone of adequate security, saying the division would not tolerate any acts that would threaten the prevailing peace in the area.