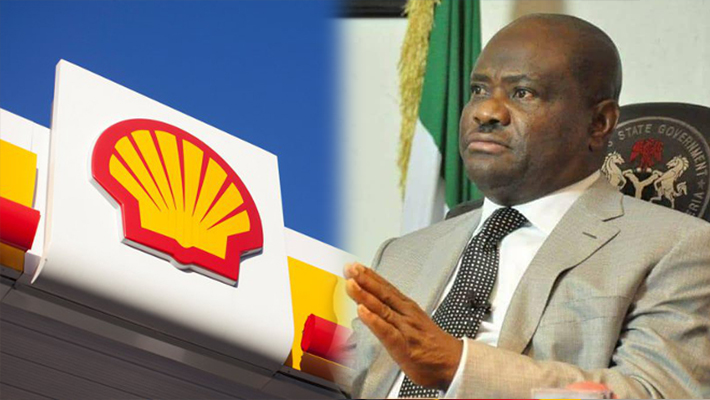 The Rivers State Government has sealed off Kidney Island owned by Shell Petroleum Development Company. The Island is the company’s base of operations in Port Harcourt.

Ejama-Ebubu community in Eleme Local Government Area of Rivers had filed a suit against SPDC for environmental pollution. The court in 2017 favoured the community and directed SPDC to pay the sum of N57.7 billion for damages done in the community arising from oil spill from the Trans-Niger Pipeline.

Shell allegedly refused to pay the fines but instead sought to use its moveable properties as partial settlement. The Rivers State High Court found the oil giant’s request as insufficient to settle the fines, Peoples Gazette learnt.

The community sought to take over Shell’s main facility at Kidney Island as well as the company’s stake in OML 11.

Rivers State Attorney General Zaccheus Adangor said after the court order, public auction was held by the officers of the Rivers State Judiciary and the State Government bidded successfully for the purchase of Kidney Island and Shell’s shares in OML 11.

In September, 2019, Governor Nyesom Wike announced the purchase of Shell OML 11 in Ejama. The government said it paid $150 million to buy Shell’s 45 percent stake in OML 11. The Gazette has yet to independently verify the government’s claim.

A spokesman for Shell did not immediately return a request seeking comments from the Gazette about the development. But the Dutch firm had in August 2020 expressed disappointment in the court’s decision to cede its Kidney Island facility and OML 11 shares to the state government.