Mr Okorocha described the suit as “unlawful, baseless, oppressive and a gross abuse of the process of the court.” 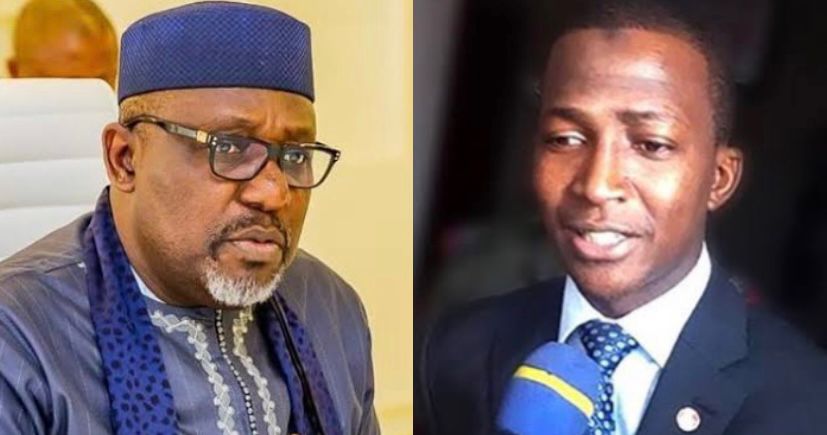 The Abuja Division of the Federal High Court on Friday adjourned an application filed by ex-Governor Rochas Okorocha until February 6 for a ruling.

Justice Inyang Ekwo fixed the date after counsel to the parties adopted their processes and presented their arguments for and against Mr Okorocha’s preliminary objection.

Mr Okorocha, in a motion on notice, marked FHC/ABJ/CR/28/22 dated and filed on October 28, had prayed for an order quashing the charge and/or all counts of the charge preferred against him as a result of the investigation by the EFCC into his activities while in office as governor of imo between 2011 and 2019.

Mr Okorocha, representing Imo West senatorial district, described the suit as “unlawful, baseless, oppressive and a gross abuse of the process of the court.”

But the EFCC, in its counter affidavit dated and filed on November 18, said it had seen and read through Mr Okorocha’s motion dated October 28, that “the depositions therein are grossly misleading and untrue, particularly paragraphs 3 and 4.”

The anti-corruption agency urged the court to dismiss the application for lacking in merit.

Upon resumed hearing in the matter, Mr Okorochas’ lawyer, Ola Olanipekun, prayed the court to grant the application and quash the 17-count charge preferred against his client.

The EFCC’s lawyer, K. N. Ugwu, who disagreed with Mr Olanipekun’s submission, urged the court to dismiss the motion entirely.

He urged the court to quash and dismiss the entire suit for abusing the court process.

In opposition to the application, Mr Ugwu told the court that the fifth defendant could not benefit from a judgment it was not part of, urging the court to discountenance his argument.

Mr Ekwo had, on Wednesday, fixed today for the hearing of the preliminary objection filed by the lawmaker.

Mr Ekwo, on May 31, admitted Mr Okorocha to N500 million bail with one surety in like sum.

The judge also granted Mr Okorocha’s co-defenndant, Mr Chinenye, bail in terms of the administrative bail earlier granted to him by the EFCC.