Itsekiri will now appear in Sunday’s first semi-final, while Adegoke will compete in the second semi-final. 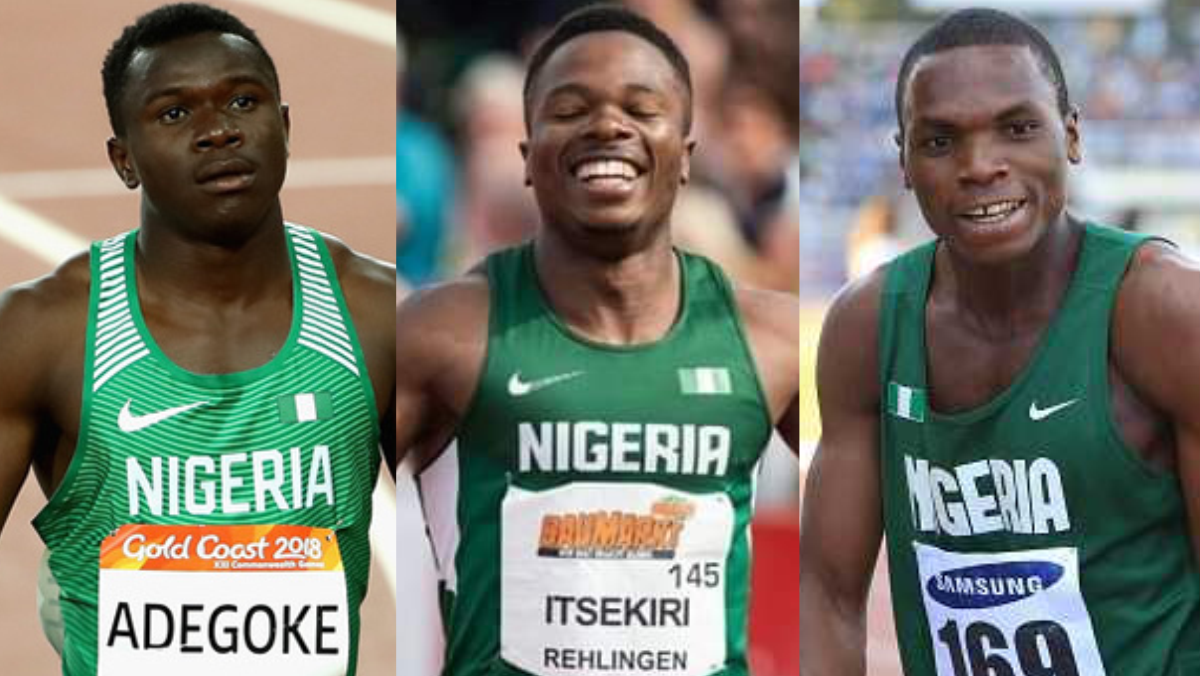 Team Nigeria’s Enoch Adegoke ran 9.98 seconds on Saturday in the men’s 100 metres event at the ongoing 2020 Olympic Games in Tokyo to qualify for Sunday’s semi-finals.

The 21-year-old who ran on lane 6 of heat 2 at the Olympic Stadium in the event’s first round beat Femi Ogunode who represented Qatar and came in at 10.02.

He is joined in the semi-finals by compatriot Usheoritse Itsekiri who ran 10.15 seconds to place third in heat 1.

Their teammate, Divine Oduduru, was however disqualified for false starting in heat 5.

Itsekiri will now appear in Sunday’s first semi-final, while Adegoke will compete in the second semi-final.

In the women’s version of the event, Grace Nwokocha failed to go beyond the semi-finals after placing fifth in semi-final 3 with a time of 11.07 seconds.