One hundred and eighty Nigerians repatriated from Libya

The federal government, in collaboration with the International Organisation for Migration (IOM), on Tuesday repatriated another 180 stranded Nigerians in Libya. 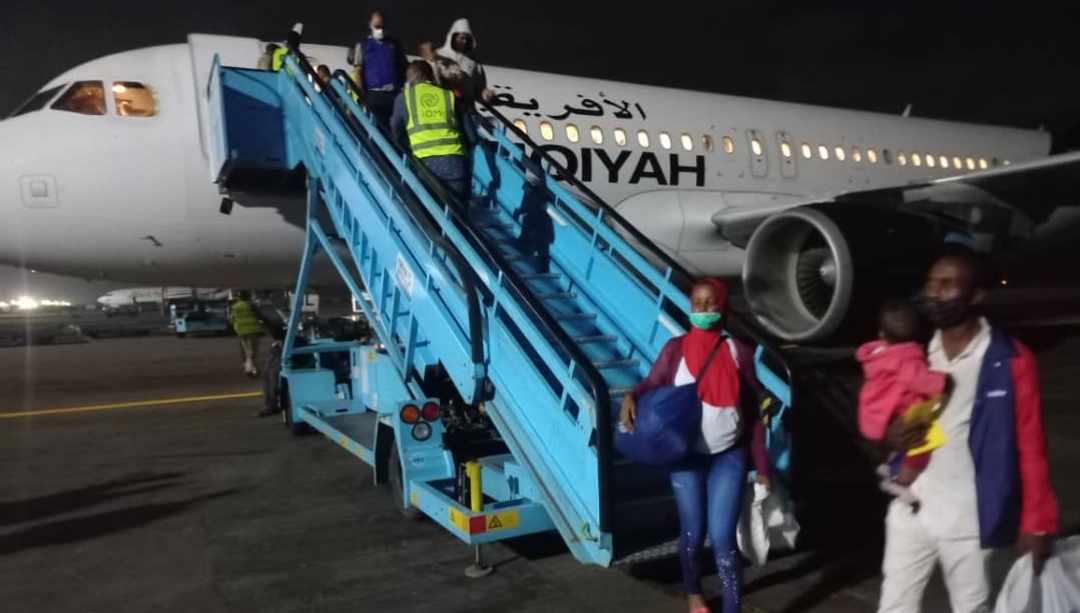 The federal government, in collaboration with the International Organisation for Migration (IOM), on Tuesday repatriated another 180 stranded Nigerians in Libya.

Kabiru Musa, Charge d’ Affairs of the Nigerian Mission in Libya, disclosed this in a statement on Tuesday in Abuja.

Mr Musa said the 180 stranded Nigerians, who departed from Mitiga Airport, Tripoli, were expected to arrive at the Nnamdi Azikiwe International Airport at midnight.

He added that those repatriated would be rehabilitated and reintegrated.

Mr Musa also mentioned that the evacuation was in line with the government’s promise not to leave any Nigerian stranded in Libya.

“Today again, we successfully evacuated another 180 stranded Nigerians from Tripoli, Libya, and they will be reunited with their families and reintegrated into society upon arriving in Nigeria,” the official explained. “The repatriated Nigerians include women, children, and men who are victims of human trafficking and irregular migrants on voluntary return who took Libya as a transit country.”

According to him, Libya has been a transit country for irregular migrants going to Europe, with many Nigerians left stranded there by “traffickers after which they face a lot of difficulties.”

“The federal government, through the Ministry of Foreign Affairs, has, however, pledged to ensure that no Nigerian citizen will be left stranded, maltreated, or left to suffer in the country,” Mr Musa stressed. “The process is being carried out under the IOM’s Voluntary repatriation process, and the Nigerian government is committed to ensuring that none of its citizens remains stranded in this country. This will also be a continuous process.”

The official lauded the Libyan government and other authorities for their support in evacuating the stranded Nigerians.