The passerby died in multiple accidents that involved three vehicles at the toll gate on Lagos-Abeokuta Expressway. 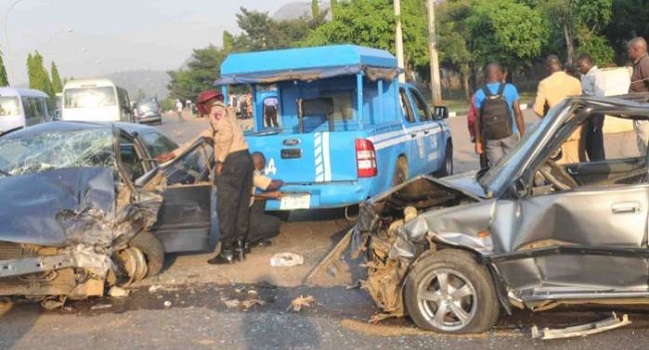 The Federal Road Safety Corps (FRSC), Ogun Command, on Sunday, said that a passerby died in multiple accidents that involved three vehicles at the toll gate on Lagos-Abeokuta Expressway.

The sector commander of FRSC, Ahmed Umar, told journalists that five others were unhurt in the accident which occurred at about 10:00 p.m. on Saturday.

Mr Umar explained that the accident involved three vehicles, which included a Toyota Camry marked AKD 670 HF, a Pick-up TATA and a truck, both without a registration number.

The sector commander explained further that six persons were involved in the crash, which led to the death of a person(passerby), and five people were unhurt.

“The corpse of the victim was deposited at the morgue of General Hospital, Ifo,” he added.

He said the truck rammed into two other vehicles, hitting the passerby and plunged into the river.

The FRSC Officer advised motorists to always get their vehicles in good condition before putting them on the highways.